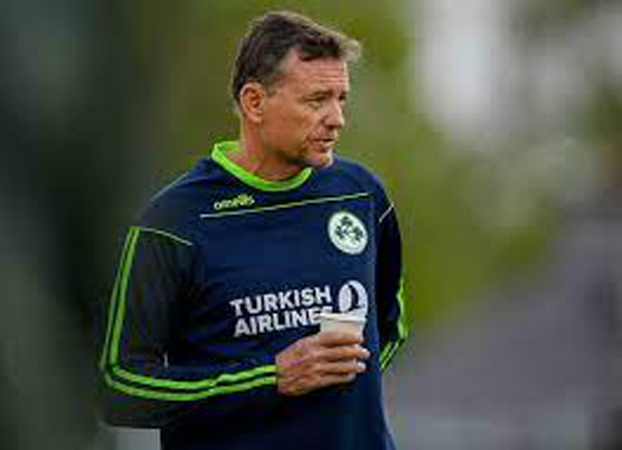 LONDON: Graham Ford has emerged as a leading contender to become England men’s new Test coach. Ford, 61, left his job as Ireland’s head coach in November after four years in charge, with his previous roles including stints with Sri Lanka, Surrey and his native South Africa. Most relevantly, he spent five years as Kent’s director of cricket where he worked closely with Rob Key, who captained the club from 2006 and started his tenure as the ECB’s new managing director of men’s cricket earlier this week. Key is an admirer of Ford’s work from their time together at Kent, writing in his 2020 autobiography ‘Oi, Key’ that Ford was “a great coach to work with”.

“We had a joint focus on taking the team forward,” he wrote. “Fordy would do everything he could to make a player be the best they could; me included. If you were out of nick, he’d throw at you in the nets until it got dark to try to get you back into form. Because of our shared attitude to betterment, we never really had a clash.” Key is widely expected to split the head coach’s role in two by appointing separate coaches for Test and white-ball cricket. Ford was frustrated by Ireland’s sparse fixture list in Test cricket during his time as coach, and showed interest in discussing the red-ball format role with England.

Ford has stayed in Ireland since leaving his role as head coach, and is currently coaching YMCA CC in Dublin. He expects to qualify for Irish citizenship later this year, but it is understood that he would be willing to delay that process if necessary. It was revealed last week that Ottis Gibson, who has been linked with both the Test and white-ball roles, has committed his future to Yorkshire, where he began his tenure as head coach earlier this year. The Daily Mail has reported that Ricky Ponting and Mahela Jayawardene have ruled themselves out of contention, while several newspapers linked Simon Katich with the Test role on Saturday. Gary Kirsten, Tom Moody and Paul Collingwood are among the various other contenders.