‘Doctor Strange in the Multiverse of Madness’ banned in Saudi Arabia 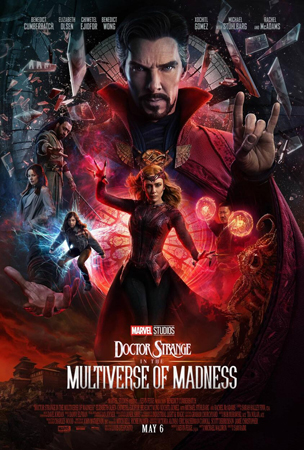 According to The Hollywood Reporter, rumours started to emerge on Friday about the banning in Saudi Arabia.

The film is yet to be released all around the globe and yet to be reviewed but the decision to ban was solely due to the inclusion of an LGBTQ character. According to the publication, their Middle East sources said that the new sequel introduces a new character, America Chavez who, as per her portrayal in the comics, is gay. With homosexuality considered illegal in Arab countries, films featuring any sort of pro-homosexual character or references have the possibility of being blocked, as was the case for MCU s Eternals and Disney s West Side Story.

Doctor Strange in the Multiverse of Madness was due to release on May 5 across the Gulf region as part of its global theatrical release. While the advance booking for tickets are no longer available on websites in Saudi Arabia, Kuwait and Qatar, they are available in the UAE, suggesting that the film will release there.

The film follows the footsteps of Chloe Zhao s superhero film starring Gemma Chan, Kumail Nanjiani, Angelina Jolie, Don Lee, Salma Hayek, Richard Madden, Barry Keoghan, Kit Harrington and others. Like Eternals, the sequel for Doctor Strange according to reports, also includes a same-gender couple in the film – Chavez with Ramone Watts. Zhao s film also showed the same which became the reason why the MCU s first gay superhero film got banned in the Arab region. The censor reportedly requested Disney to make edits in the film, which it refused to make. Though, an edited version did run on the theatre screens in the UAE.

Three months ago, in January, Disney s West Side Story was banned from the theatres in Saudi Arabia the, UAE, Qatar, Bahrain, Oman and Kuwait. Regional sources had told The Hollywood Reporter that the decision was made due to the character Anybodys, played by non-binary actor Iris Menas, that was written as transgender in the latest adaptation.