* The allegation came after Chyna's attorney, Lynne Ciani, asked Kris if there was a time Chyna had allegedly threatened to kill Kylie 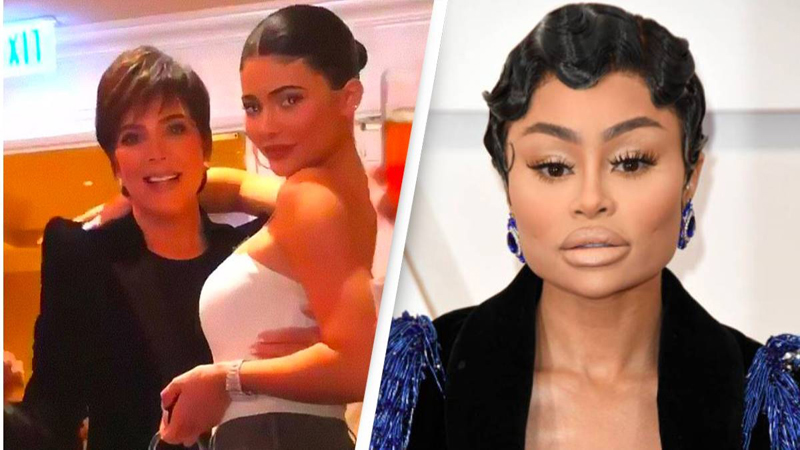 Kris Jenner is taking the stand. The Keeping Up with the Kardashians appeared in court on April 21 amid Blac Chyna’s defamation trial against the Kardashian-Jenner family. While testifying, Kris claimed that Kylie Jenner and Tyga-who dated on-and-off for about three years before breaking up in 2017-previously told her that Chyna had threatened to kill the Kylie Cosmetics mogul back in 2012.

The allegation came after Chyna’s attorney, Lynne Ciani, asked Kris if there was a time Chyna had allegedly threatened to kill Kylie. When Kris replied that she couldn’t recall, the attorney presented the momager with a deposition taken years ago, during which Kris said that Kylie once told her she had been threatened by Chyna.

After reading the deposition, Kris told the court that she stands by what she said in it. However, the 66-year-old noted that she does not have any proof to back up the allegation and was repeating “what Tyga and Kylie told me” during the deposition.

When further pressed, Kris testified that she was alarmed about the alleged threat, but never called the police and “kept it internal within our family.”

“I don’t remember the exact circumstance,” she said, after Chyna’s attorney asked her why she didn’t report the alleged threat. “You’d have to ask Kylie.”

Later in the testimony, Kris speculated that Chyna must have been “upset Kylie was dating her ex-fiancé.”

Tyga and Chyna share 9-year-old son King and dated before the rapper’s relationship with Kylie.

E! News has reached out to reps for the Kardashian-Jenner family and Tyga for comment but did not hear back.

Kris and her children-Kylie, Kim Kardashian, Khloe Kardashian, Kourtney Kardashian, Kendall Jenner and Rob Kardashian, who is Chyna’s ex-fiancé and father to her 5-year-old daughter Dream-are being sued by Chyna for defamation. In the lawsuit, Chyna alleges that the family was responsible for the cancellation of the second season of her and Rob’s E! spinoff, Rob & Chyna.

She is also simultaneously suing Rob for assault, battery and harassment, seeking upwards of $100 million in damages.

While on the stand on April 21, Kris testified about Rob and Chyna’s romance, describing it as “a rocky relationship from the start.”

When asked why wasn’t she concerned about Rob’s relationship with Chyna when the Lashed Cosmetics founder had allegedly threatened to kill Kylie, Kris said she was “used to a lot of drama” in the family. As for why she never confronted Chyna about the alleged threat against Kylie, she testified, “You want to give people a second chance and we had moved on.”

“As a mom, I wanted everybody to be happy,” Kris said during her testimony, adding that Rob and Chyna “had a very rocky relationship, so we all just tried to get through it and hope for the best.”