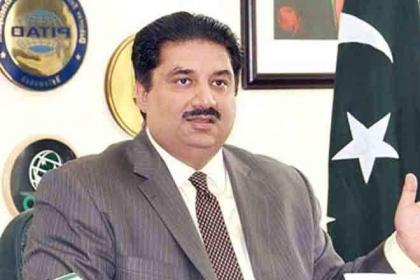 The Pakistan Tehreek-e-Insaf (PTI), was trying to set negative trend in the country by promoting uncivilized language against the ruling party of Pakistan Muslim League-N, he said while talking to PTV.

“The Government under the leadership of Shehbaz Sharif, will not take any unlawful steps against the leaders of PTI,” he said.

“The PML-N’s government is focusing on resolving the issues of the farmer community to achieve growth in the agriculture sector, ” he said.  In reply to a question about a protest demonstration of PTI leaders in public meetings,” he said.

“We don’t have time to make illegal cases against the leaders of the PTI,”he added.

He said”Government will use all available resources to address the issues of the common man.”

He urged Imran’s party to brush aside undemocratic movements against the government. He suggested that PTI members should promote constructive work for the poor people of Pakistan.