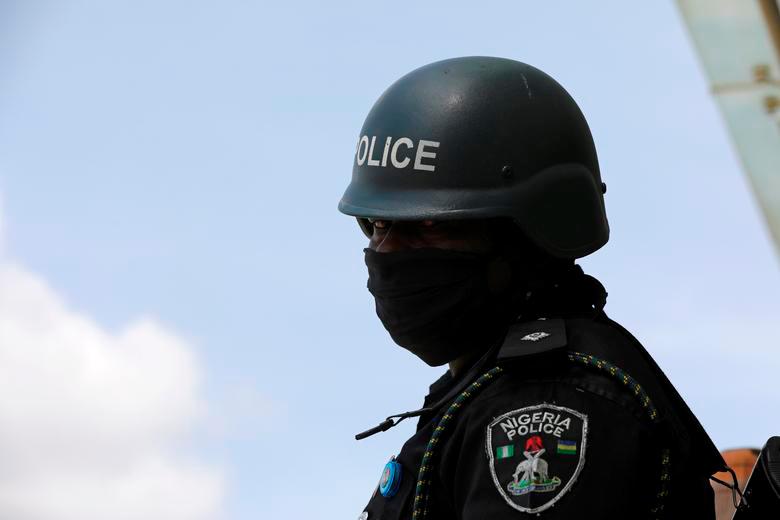 LAGOS: Nigerian police have raided a bomb factory in the southeast where separatist violence is on the rise and arrested a suspect, a spokesman said Saturday.

The raid happened on Wednesday at Uba Umuaka in southeastern Imo state following a tip-off, state police spokesman Michael Abattam said in a statement. He said police were informed about a hideout where the outlawed Indigenous People of Biafra (IPOB) and its militant wing, the Eastern Security Network (ESN) “are manufacturing Improvised Explosive Devices used in attacking police stations and government facilities in the state”.

“In the course of the raid, one Simeon Onigbo, 50 years, was arrested. On interrogation, the suspect admitted being the manufacturer of most of the Improvised Explosive Devices (IEDs) used in attacking police stations in the state and outside the state.” Abattam said items recovered included one IED, cannon steel piping, bags of potassium nitrate, sulphur, sand, and gunpowder. “Investigation is ongoing.

The suspect has made useful statement and mentioned members of his gang outside the state,” he added. Southeast Nigeria has seen a surge in violence, with more than 130 police and other security personnel killed by gunmen since last year, according to local media tallies. Authorities have blamed attacks on either IPOB, which is campaigning for a separate state for the ethnic Igbo people, or ESN.

The group has denied responsibility for the violence. IPOB said on Saturday, “Those behind these atrocities are not IPOB members nor are they Eastern Security Network operatives.” “The perpetrators are criminals recruited by our enemies to demonise us,” an IPOB statement said. “No member of IPOB will engage in acts inimical to the people we are struggling to liberate. We are not terrorists and we cannot suddenly resort to terrorism.