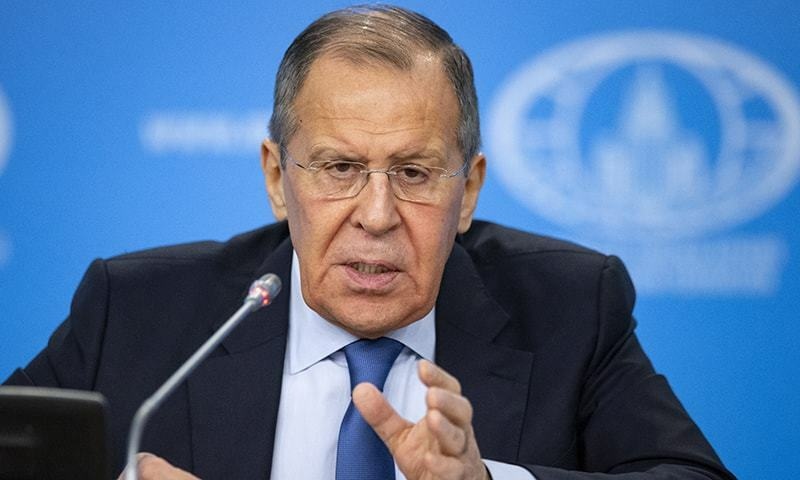 MOSCOW: Talks between Moscow and Kyiv to put an end to Russia’s near two-month military campaign in pro-Western Ukraine have stalled, Foreign Minister Sergei Lavrov said on Friday.

“They (negotiations) have stalled now,” he said after talks with his Kazakh counterpart in Moscow, adding that Russia has still had not received an answer to a latest proposal sent around five days ago.

The Russian foreign minister also said he was under the impression Kyiv may not want to continue the talks.

“It is very strange for me to hear every day statements by various Ukrainian representatives, including the president and his advisers, that make one think that they do not need these negotiations at all, that they have resigned themselves to their fate,” Lavrov added.

Kremlin aide Vladimir Medinsky, who is Russia’s chief negotiator with Kyiv authorities, said however that he had spoken to his Ukrainian counterpart on Friday.

Talks have continued since early in the fighting but offered no concrete results.

Kyiv said last week that negotiations with Russia to end the war were “extremely difficult”.

Russian President Vladimir Putin, speaking to EU chief Charles Michel earlier Friday, accused Kyiv of lacking consistency in its demands at the talks and not being ready “to look for mutually acceptable solutions”, the Kremlin said.

Meanwhile, Russia said on Friday it intended a full-bore assault to carve out a sizeable slice of Ukraine but Kyiv said the invaders faced ruin, as the UN documented the killing of dozens of civilians in one town.

Ukraine’s government, emboldened by a fresh influx of high-grade Western weaponry, said its beleaguered forces were still holding out inside a sprawling, seaside steelworks in the razed city of Mariupol.

The Kremlin has claimed the “liberation” of Mariupol, whose control is pivotal to its war plans nearly two months after President Vladimir Putin ordered the shock invasion of Russia’s Western-leaning neighbour.

“Since the start of the second phase of the special operation… one of the tasks of the Russian army is to establish full control over the Donbas and southern Ukraine,” Major General Rustam Minnekaev said.

“This will provide a land corridor to Crimea,” he added, referring to the peninsula Russia annexed from Ukraine in 2014.

A United Nations mission to Bucha documented “the unlawful killing, including by summary execution, of some 50 civilians there”, the UN’s Office of the High Commissioner for Human Rights said.

The UN mission was sent on April 9, a week after an AFP team found bodies of people dressed in civilian clothing lining the streets of Bucha, after the town had been under Russian occupation for over a month.

US satellite imagery company Maxar released photos that it said showed a “mass grave” on the northwestern edge of Mangush, west of Mariupol.

Ukrainian officials say the bodies of more than 1,000 civilians have been retrieved from areas around Kyiv, and they are working with French investigators to document alleged war crimes.