Supremacy of constitution vital to strengthening of democratic institutions: PM 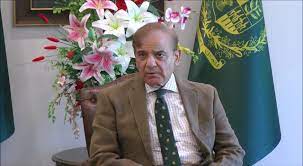 ISLAMABAD: Prime Minister Muhammad Shehbaz Sharif Saturday said that democratic institutions in Pakistan could be strengthened through the supremacy of the constitution.

The prime minister expressed these views during a meeting with Mohsin Shahnawaz Ranjha, MNA, who called on him, PM Office Media Wing said in a press release.

During the meeting, matters related to the strengthening of democracy and economic progress were discussed.

The prime minister observed that they would have to work together for the strengthening of democratic institutions and public welfare.

Mohsin Ranjha expressed the optimism that under the leadership of the prime minister, the federal government would match the rapid pace of development as witnessed during his tenures as chief minister of Punjab.