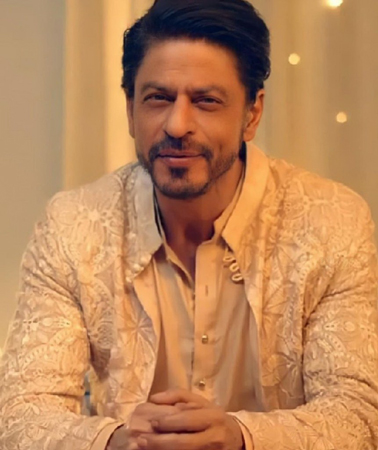 Shah Rukh Khan is always the one to bring in the laughs, even on his own wedding day. The Bollywood actor got married to Gauri Khan in 1991, when his acting career was just taking flight. He was not as famous as he is now and even his in-laws knew about him too well. Therefore, they had their doubts about him too.

During an interview with actor Farida Jalal years ago, Shah Rukh was asked to revisit his wedding with Gauri and what the atmosphere was like. He recalled how he managed to troll his in-laws, some of whom were a bit doubtful about the couple’s interfaith marriage.

“I remember her whole family had come. Old fashioned people. I respect them all and their beliefs. And at that old fashioned reception, everyone was sitting around. I arrived there at 1.15. Everyone started whispering, ‘Musalman ladka hai… kudi da naam badal jauga kya? Musalman ho jaugi’, they were all saying in Punjabi. So I suddenly got up at 1.15, said, ‘Gauri chalo burka pehno, namaaz padte hain, chalo uthke chalo sabke sab ab”. Unki poori family aise hogai ki ye toh abhi change hogaya ekdum.”

The actor did add how things have changed with his in-laws since then.

“So I had a lot of fun but the lesson in all of this is that one respects religion but it should not come in the way of love. But it was a great wedding and it’s still going strong. Now a time has come that her family loves me more than they love her,” he said.