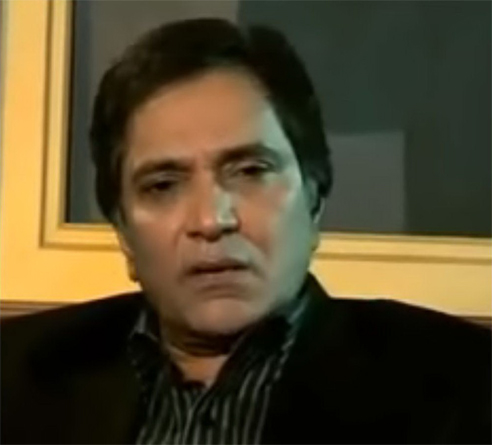 Legendary Pakistani artist Moin Akhtar was remembered on his 11th death anniversary on Friday. Born on December 24, 1950 in Karachi, Akhtar joined the Pakistani entertainment industry in 1966, at the age of 16. A terrific satirist and mimic, his impersonations and performances stood out and earnt him recognition, earning him the well-deserved tag of being a legend in Pakistan’s entertainment industry. Among the many memorable performances by Akhtar include Studio 2.5, Studio 2.75, Aangan Terha, Chaar Bees, Fifty-Fifty, Such Much and the much-acclaimed persona of Rozy. One of his most well-loved and prolific performances was on a show called ‘Loose Talk’ – a favourite with audiences – in which he impersonated as many as 400 different characters all of which were interviewed by notable poet and writer, and also fellow satirist, Anwar Maqsood. As a host, he once shared the stage with King Hussain of Jordan and sat down with notable political personalities including Benazir Bhutto, former president Ziaul Haq and former prime minister Zulfikar Ali Bhutto as well Imran Khan, a cricketer at the time.