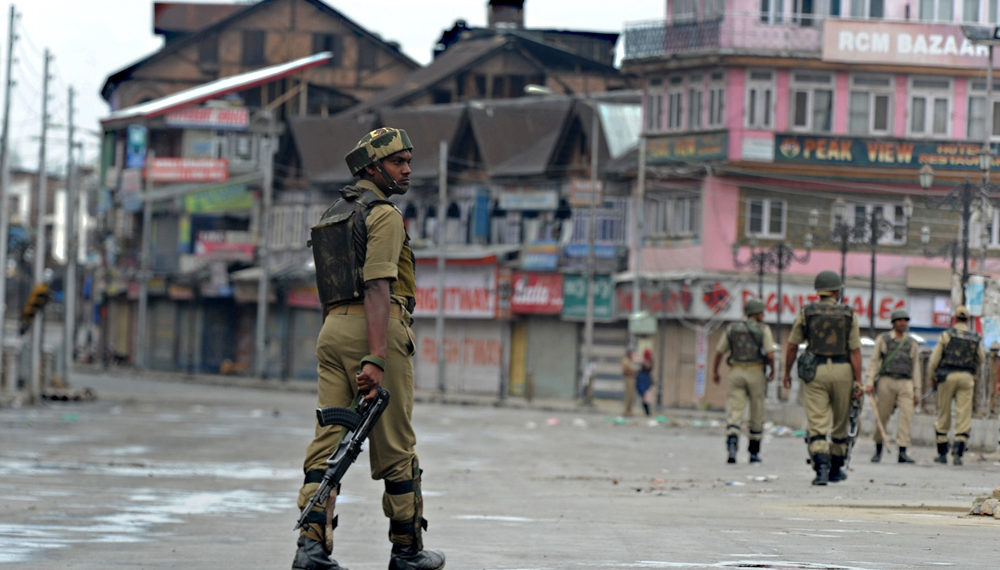 ISLAMABAD: Complete shutdown will be observed in Indian Illegally Occupied Jammu and Kashmir (IIOJK) on the Indian Prime Minister, Narendra Modi’s visit on Sunday as a mark of protest against New Delhi’s illegal occupation of Jammu and Kashmir.

According to Kashmir Media Service (KMS), call for the strike has been given by the All Parties Hurriyat Conference (APHC) to give a strong message to Modi that Kashmiris will never accept Indian occupation and will continue their freedom struggle till they become masters of their own political destiny.

On the APHC’s appeal, anti-India protest demonstrations will be held in Azad Kashmir and in capitals of world major powers the Kashmiri diaspora against Indian crimes against humanity in Kashmir. The APHC leadership in a statement in Srinagar said that Modi’s visit to the territory is a cruel joke to the Kashmiri people. Modi’s visit to IIOJK is aimed at misleading the world about the real situation in IIOJK, the APHC reported.

It said, the Kashmiris only want a peaceful and just settlement of the lingering Kashmir dispute as the unresolved Kashmir dispute poses a grave threat to peace and stability in South Asia. Restrictions marked by crackdowns and raids on residences of the Kashmiri people have been imposed across Kashmir valley and the Jammu region ahead of Modi’s visit to the occupied territory.

The troops and police personnel have been deployed in strength in the name of security. Police arrested at least, five persons in Kathua district.