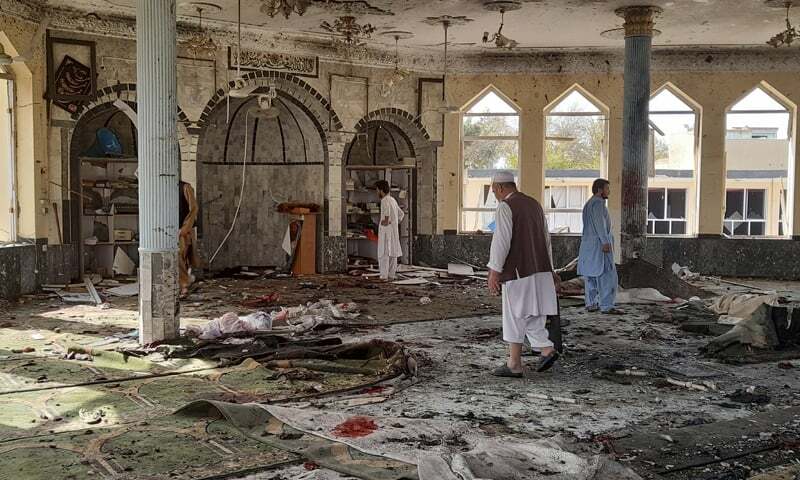 Kabul: At least 16 people were killed in bomb blasts in two Afghan cities on Thursday attacks claimed by the Islamic State group (IS).

Since Taliban seized control of Afghanistan last year after ousting the US-backed government, the number of bombings has fallen but the IS militants have continued with attacks.

Earlier this week, at least six people were killed in twin blasts that hit a boys’ school in a neighbourhood of Kabul.

On Thursday, 12 worshippers were killed in a blast at a mosque in the northern city of Mazar-i-Sharif, said Ahmad Zia Zindani, spokesman for the provincial public health department in Balkh.

He added that 58 people were wounded, including 32 in serious condition.

Grisly images posted to social media showed victims of the attack at Seh Dokan mosque being transported to the hospital.

“Blood and fear are everywhere,” Zindani told AFP, adding “people were screaming” while seeking news of their relatives at the hospital.

“Many residents were also coming to donate blood,” he said. The blast occurred as worshipers were offering midday prayers during the Muslim holy month of Ramazan.

In a statement, the IS group said: “the soldiers of the caliphate managed to get a booby-trapped bag” inside the mosque, detonating it remotely.

In a separate blast in the city of Kunduz, at least four people were killed and 18 others wounded. Police spokesman Obaidullah Abedi said a bicycle bomb exploded near a vehicle carrying mechanics working for the Taliban.

Late on Thursday, IS claimed that attack as well, but said its fighters set off an explosive device on a bus carrying Kunduz airport employees.

Taliban authorities vowed to punish those responsible for the bloodshed

“Soon the culprits of these crimes will be found and punished harshly,” government spokesman Zabihullah Mujahid said on Twitter