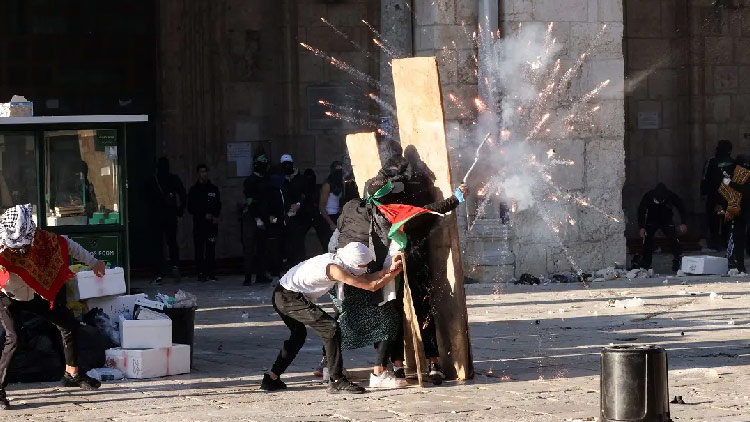 Israeli police entered the compound and Palestinian youths threw stones at them, according to the photographer.

Friday’s clashes come after a month of deadly violence and simmering tensions, as the Jewish festival of Passover overlaps with the Muslim holy month of Ramazan.

Over the past week, more than 200 people, mostly Palestinians, were wounded in clashes in and around the Al-Aqsa mosque.

The massive deployment of police forces, as well as the increasing presence of observant Jews in the holy site, were widely perceived by Palestinians and several countries in the region as a “provocation”.

Jews are allowed to visit under certain conditions but are not allowed to pray there, according to the status quo agreement.

Several Arab ministers gathered in the Jordanian capital of Amman Thursday and condemned “the Israeli attacks and violations against the faithful in al-Aqsa mosque.”