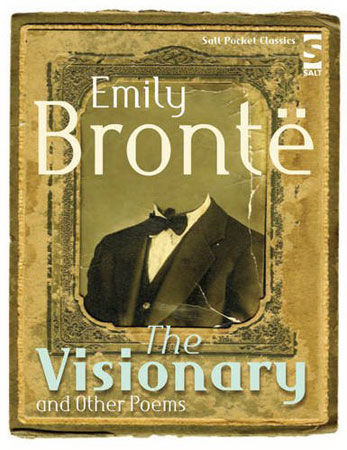 The mysteriousness in many of Emily’s poems generates an impression of Impenetrability into the all-powerful world of nature because of comparatively helpless nature of man.

She is found occasionally stressing herself for her fulfilment as she wishes and attempts to regain the quickly fading consciousness of her place in nature but fails because of the power and wilfulness of nature. This helplessness of the poet is dominantly exhibited in her poems like ‘The Visionary’, ‘Ah Why Because the dazzling sun’, The Prisoner, etc. The underlying message is that of the nature’s own doing power even if one attempts to be the part of it. The poet mostly begins her poem as a part of the plan of nature but very soon, especially at the end becomes a subservient to nature with an outcry of helplessness, reconciliation and resignation.

The poem ‘The Visionary’ begins with a vision of some imaginary being who is supposed to reach the narrator after traversing the deserts of snow and long tracts of the waste and cold land. The narrator is keeping a lamp in one window to serve as a guiding star for the imaginary visitor. The parents become suspicious and appoint their servant to find the cause of the narrator’s nightly vigils. But the narrator is not ready to budge even for an inch from the wait she was experiencing happily and willingly and have been all the time extremely hopeful that the imaginary visitor would arrive and make her world bright with his love. But very soon, the attention of the girl turns to her home and hearth which was warm and comfortable in comparison to the cold and cruel world of winter the lover is supposed to pass through to arrive. The narrator experiences the gusts of air which come through an open window and so the reconciliation of the narrator takes place with the arrival of gusts which she thinks are a different shape of the imaginary being to come. So, the world constructed by nature does not let the narrator penetrate in it and the desire of the narrator never fulfils. Instead of the fulfilment, the narrator has to content with the arrival of the lover in a mysterious and mystic form instead of a physical human being.

The same happens within another poem by Emily, ‘Ah! Why because the Dazzling Sun’. the narrator has been having a purely fascinating experience with the shine of stars, moon and other heavenly beings in her dreams and was feeling extremely delighted because of this bliss coming from heavens and its objects. This made her feel the part nature, which shines and influences the earthly being with its presence. But very soon the sun rises and breaks the spell of the narrator who complains against the rays of the sun which shattered her vision and connection with the nightly sky.

The narrator blames the sun rays for their harshness and brightness which have given life and happiness to the world around her but have made her sad. She attempts an elongation of night with her pillow but pillow, her window, its curtains, the flies within the room all tell her about the emergence of the day and so has to accept that night has disappeared because of the blazing sun. she feels helpless against the blazing sun and requests the mysterious night to return to her as soon as possible to reconnect her with the vision of the nightly being. She cries because of pain she felt on her disconnection with nature at night. She feels powerless before the power of the sun which had deprived her of her vision and so requests the night to reconnect with her as soon as possible.

Both the poems converge on efforts of the poet to be the part of beautiful nature and to experience the grandeur and love of nature. The poet is partially successful in doing so, at least the hope lingers on for some time, but very soon the hope is replaced with disappointment that the desire would remain unfulfilled. This is the moment when the poetry of Emily turns to towards the presence of a mystic and spiritual being in which she attempts to find solace. The poet exhibits the message that human being can simply stay in direct connection with nature around them but cannot maintain it for a longer period because nature takes its own course regardless of the human wishes. During these turns of the course of nature, the human feels helpless and powerless in penetrating the course of nature. The human beings therefore return to their real world by reconciling with whatever is around. So, both these poems amply suggest Emily’s belief about human life and nature surrounding is always in competition with each other. This competition is mostly won by nature.