Queen Elizabeth II gets her own Barbie doll for Platinum Jubilee; shares pic with ponies 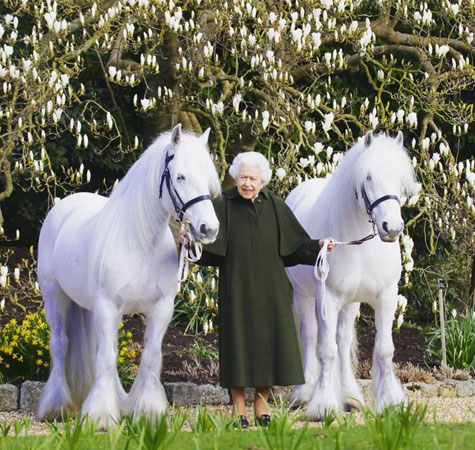 This year, Queen Elizabeth II completed 70 years on the British throne, becoming the first British monarch in the history of over 1,000 years to achieve this unprecedented milestone.

To commemorate this historic event and honour the Queen’s legacy, toymaker Mattel has released a Tribute Collection Barbie doll in her likeness.

“Barbie celebrates the longest-ruling monarch in British history, Her Majesty Queen Elizabeth II, whose extraordinary reign has seen her lead with an immeasurable devotion to duty and a life of service. Reaching 70 years of service, Queen Elizabeth II becomes the first British monarch to celebrate a Platinum Jubilee,” the product description reads.

Inspired by The Queen’s most iconic looks, the doll is dressed in an elegant ivory gown and blue riband with decorations of order. Not just that, the doll can also be seen adorning a stunning crown and matching accessories, completing her regal ensemble.

The Barbie doll will come packed in a box that is inspired by the throne room of Buckingham Palace and will also display a crest-shaped logo and badge to mark the Platinum Jubilee. 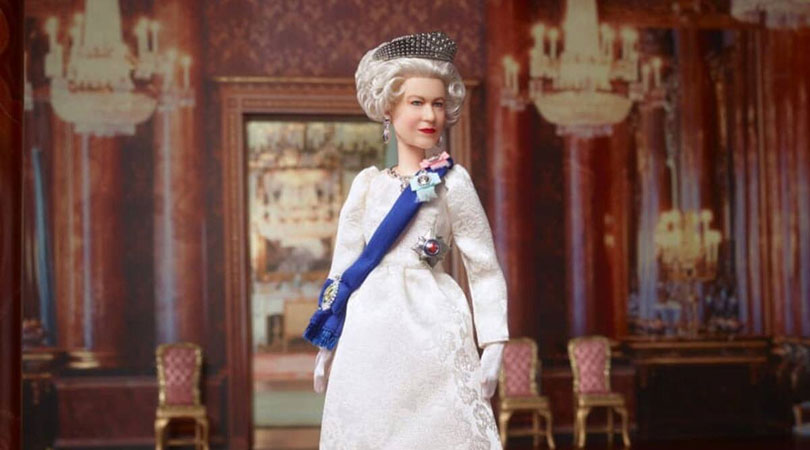 “The gown is not a copy of any one dress she wears, but rather a gown inspired by the style and colour of gowns that she’s favoured in royal portraits of herself for the past several years. If you look at those portraits or how she dresses for important events, she very much has a signature style and look – always a very simple design in white or ivory, which makes sense given that she must then wear all the accompanying jewellery and sash as befits her rank,” Robert Best, senior director, Barbie Design, wrote in a blog post.

According to reports, this is the first time Barbie has made a doll in the image of a living royal. Previously, dolls of historic royals such as Queen Elizabeth I and Marie Antoinette were crafted. The doll will be sold in London stores Harrods, Selfridges and Hamleys ahead of the official Platinum Jubilee celebrations in early June, Reuters reported. It costs $75, according to the website.

In light of The Queen’s 96th birthday today, the Royal Windsor Horse Show also revealed a new photograph of her with two of her fell ponies – Bybeck Katie and Bybeck Nightingale.

According to the official Royal Family Instagram handle, the photograph was taken last month on the grounds of Windsor Castle and is the fourth in a series of photos released by the Royal Windsor Horse Show. Earlier, images celebrating the Golden Jubilee, Platinum Jubilee and her 90th birthday were made public.