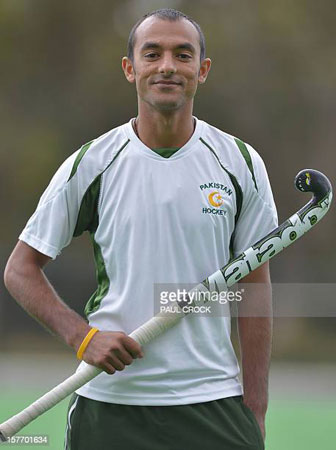 LAHORE: The Pakistan Hockey Federation (PHF) on Thursday announced a 20-member national squad for Europe tour. The team will depart for Netherlands on Friday (today). Pakistan are scheduled to play two matches against Netherlands, one match against Belgium and three matches against Spain during their 10-day tour. The players will train for three days in Amsterdam before taking on the home side in first match on April 26. “After the approval of PHF’s President Khalid Sajjad Khokhar, the 20-member team is named for all-important tour ahead of the Asian Games in China,” a spokesman for the PHF said yesterday.

Pakistan hockey, which remained up in the clouds for more than three decades, is not the same force that it used to be. Pakistan hockey structure lacks in terms of skills and competitiveness. The very base of the game has shrunk beyond belief. Pakistan hockey’s slump is not quite as dramatic or sudden as it now seems to be. It’s been a slow and painful decline that began after 1994. Cricket, with better financial rewards and glamour, slowly replaced hockey in schools and colleges. Few international hockey teams have a history as storied as the Pakistan side. It is lamentable that a country who won Olympic gold thrice, World Cup four times (the most by any nation in the history of the sport), Asia Cup thrice, Asian Games gold record eight times, Asian Champions Trophy gold twice, FIH Champions Trophy gold thrice and remained unbeatable at regional level for many years ended the year as one of the lowest teams in the world: 18th in the world rankings. This means Pakistan cannot even directly qualify to play the final rounds of the World Cup and the Olympics. They have to play qualifying rounds to secure a place in the final rounds of these mega tournaments. Several teams who were trained and coached by Pakistan players, including China, South Korea, Japan and Malaysia, remained ahead of Pakistan in the world rankings.

The national hockey team’s head coach is satisfied with the efforts made by the PHF for uplifting the game which currently is in dire straits. Talking to reporters yesterday, Pakistan hockey head coach Siegfried Aikman said Pakistan would have to adopt modern techniques for hockey by breaking away from the past glories and accepting challenges and versatility of the modern game. “I am surprised to see Pakistan hockey living in the past and making no efforts to take the modern challenges head-on. “Pakistan hockey is still living in the past, narrating the achievements of thirty-forty years back rather looking ahead and accepting the challenges of modern hockey. We still believe in the right-out and left-out and right-in and left-in brand of hockey which is no more there in the modern era. Gone are the days when such a combination used to achieve results for you. Now every player has to play multiple roles. If at one time he is seen defending, the next minute he would be there on the attack. A player should be all in one rather than a specialist of one side and totally raw for other positions. It is modern hockey where we need it all in one package.”

The Dutch national pointed out numerous flaws in the Pakistan hockey players as well as in the system. “When a player turns up for the national camp, he knows nothing about the latest requirement. National coaches handle totally raw stuff unlike European countries where a player just entering his teens knows what the requirements are and how to move forward. That has not been the case with Pakistan players. There is absolutely no coaching for the teens here. No one shares with them how to pursue modern hockey and develop your skills likewise.” Aikman was amazed to see the lack of planning and strategy in domestic hockey. “No domestic team has anything to do with sharing modern techniques to develop the skills and mental approach of a player. It is here that Pakistan hockey falters. When a player turns up for the national camp, he turns up raw and totally void of the modern requirements.” Aikman said the Europe tour would help the team a lot in assessing their strengths and weaknesses.