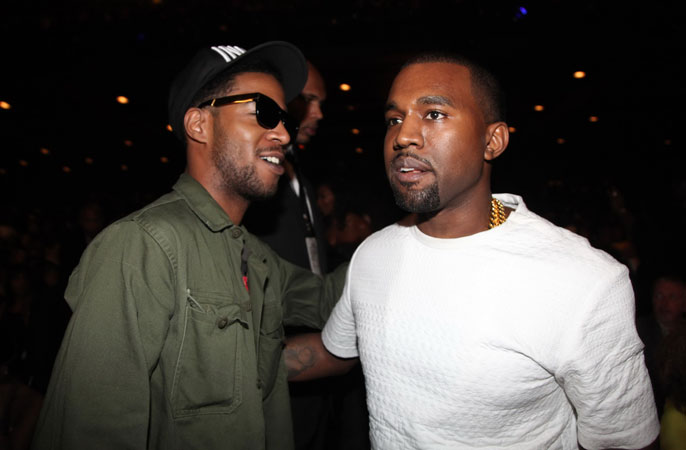 “Hey! So I know some of you heard about the song I got w Pusha,” he Tweeted on Tuesday. “I did this song a year ago when I was still cool w Kanye. I am not cool w that man. He’s not my friend and I only cleared the song for Pusha cuz thats my guy. This is the last song u will hear me on w Kanye.”

In February, Kanye shared a 2019 photo of himself with Pete, Timothée Chalamet and Cudi at the latter star’s birthday dinner at Nobu in Malibu. A big red X was placed over the Saturday Night Live star’s face and the Donda rapper slammed his GOOD Music record label signee for remaining friends with Pete after he started dating Kim.

“I JUST WANTED MY FRIEND TO HAVE MY BACK,” Ye captioned the now-deleted post. “THE KNIFE JUST GOES IN DEEPER.”

In a separate post, Kanye said that he’d be removing Cudi from his Donda 2 album, writing, “JUST SO EVERYONE KNOWS CUDI WILL NOT BE ON DONDA BECAUSE HE’S FRIENDS WITH YOU KNOW WHO.”

Cudi-who was featured on the original Donda album-got wind of Ye’s posts and clapped back. “Too bad I don’t wanna be on your album you f–king dinosaur hahaha,” he commented on the post. “Everyone knows I’ve been the best thing about your albums since I met you. Pray brother.”

Kudi also shared on Twitter that Kanye was “whack for flipping the script and posting this lie” on the internet, adding, “You ain’t no friend. BYE.”

It’s Almost Dry is set to be released on April 22.