Toshakhana gifts may be retained but can’t be sold: Marriyum 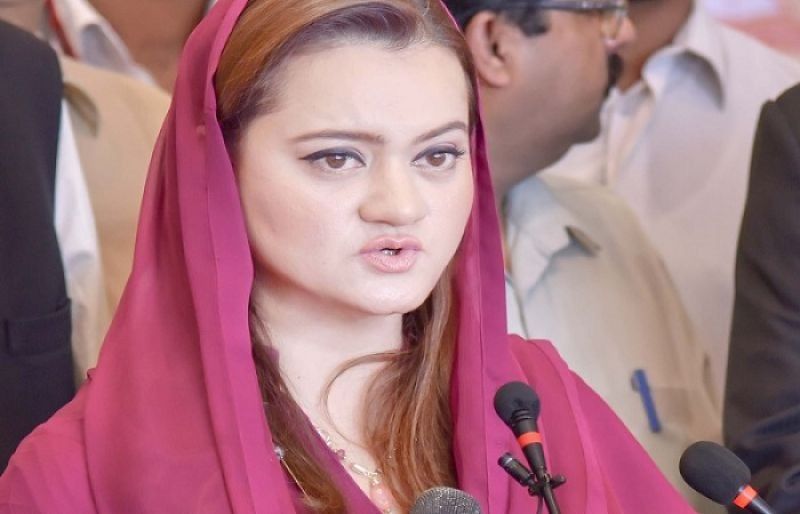 ISLAMABAD: Minister for Information and Broadcasting Marriyum Aurangzeb, while refuting the stance of Pakistan Tehreek-e-Insaf Chairman Imran Khan on ‘Toshakhana’ gifts, Thursday said the articles might be retained but could not be sold for pecuniary benefits.

“As regards Toshakhana, Imran Khan has said ‘my gift, my choice’. Let me make it clear that the gifts belong to the Prime Minister of Pakistan, who can retain them but has no right to sell them in the markets,” she told the media persons here at a news conference. Toshakhana is a department which keeps precious gifts received by the rulers, parliamentarians and others from heads of foreign government / state, and dignitaries as a goodwill gesture.

Marriyum said Imran Khan, while being in the power, retained the Toshakhana gifts at 20 per cent of their price, but sold them at four times higher in the markets. He  retained total 58 gifts, including cufflinks, a ring and others, worth Rs 142 million. It also included the famous wrist watch, which alone was sold for Rs 180 million. All the expensive items were retained by Imran Khan prior to increase in the percentage price of the Toshakhana gifts from 20 to 50, she pointed out.

She said Imran Khan’s income increased manifold due to selling of the Toshakhana gifts. The assets raised through the gifts’ sale were much more precious than his entire life income. The increase in the income, she said, belied Imran Khan’s narrative on the Toshakhana.  His deceit, hypocrisy and lies got fully exposed in the public. She accused Imran Khan of misusing his authority for monetary benefits and said in first two months of his government, he made Rs 85 million through the Toshakhana gifts, and total Rs 142 million in four years after retaining total 58 gifts.

The minister asked the PTI chairman to put the money trail of Toshakhana gifts before the nation which needed answer about his corruption while being in the power. She said Imran Khan’s wife had filed her last tax return in the Federal Board of revenue in 2018, using her old name, and the PTI chairman should give explanation in that regard too.  As regards the foreign funding, she said the Election Commission of Pakistan had formed a committee on the Pakistan Muslim League-Nawaz’s funding, but the PTI failed to raise a single objection during its proceedings.

Likewise, the ECP itself did not raise any objection over the PML-N’s funding, nor the State Bank of Pakistan did issue a statement on the matter, she added. Marriyum said action was being taken against those who were involved in the malicious campaign against the state institutions through robotic tweets. The robotics tweets were being investigated and all the relevant authorities were making efforts to trace out the faceless tweeters, she added. To a query, she said Imran Khan, while addressing the party workers in Lahore later in the day, should better tell them about the bad governance in his government, which caused poverty, unemployment, inflation and increase massive debts.

It was the nation who would decide to whom it would support – either to those who were distributing certificates of sedition or those who were working for the country’s progress and development, she added. The law would take course where the authority was misused, she responded to another query. More ministers would take oath soon, she noted.

“We have received information that some files were missing from the Prime Minister’s Office,” she said in response to another question. The minister said Imran Khan’s travel expenses from Banigala to the PM Office stood at millions of rupees.