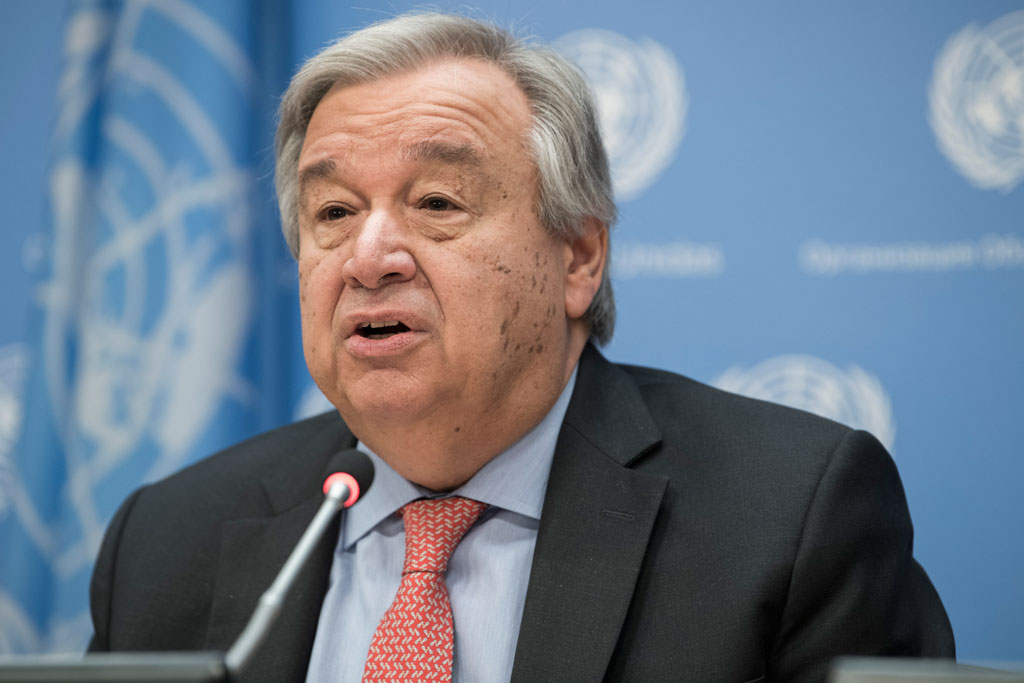 UNITED NATIONS: UN Secretary-General Antonio Guterres voiced deep concern Wednesday about the “deteriorating situation” in Israeli-occupied East Jerusalem and violence in and around the Al-Aqsa Mosque compound, while underscoring the need to avoid the excessive use of force.

Spokesman Stephane Dujarric said in a statement that Guterres is actively “engaged with leaders to do all they can to lower tensions, avoid inflammatory actions and rhetoric, and restore calm.”

“The provocations must stop immediately. The ongoing holy days for Muslims, Jews, and Christians should be a period of peace and reflection, not incitement and violence,” he added.

The UN chief also reiterated that the status quo at the holy sites in Jerusalem must be upheld and respected.

“He is committed to supporting Palestinians and Israelis to resolve the conflict on the basis of relevant United Nations resolutions, international law and bilateral agreements.

“The Secretary-General also reaffirms the need to avoid the excessive use of force and to stop all unilateral measures, like settlements and evictions, that can undermine the two-state solution,” the statement said.

Tensions have been running high across the Palestinian territories since the beginning of April amid repeated Israeli arrest campaigns in the occupied West Bank.

Daily settler incursions into the site to celebrate the week-long Jewish Passover holiday have further inflamed the situation.

Israel occupied East Jerusalem, where Al-Aqsa is located, during the 1967 Arab-Israeli war. It annexed the entire city in 1980, in a move never recognized by the international community.