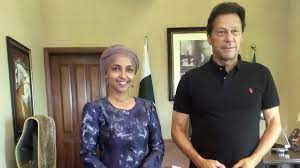 In a statement, he said the people of Pakistan wanted to know that had Imran Khan taken up his so-called rejected narrative of the “US conspiracy” of overthrowing his government with the American delegation?

He said the silence of Imran Khan and his team has exposed his doubled standard politics and flopped narrative in eyes of people of Pakistan.

The PML-N leader said that Imran Khan was trying to deceive masses in public meetings, adding that people of Pakistan knew that PTI chief has first deceived them on the name of change as well as religion and was now trying to mislead them on the alleged letter.

He said Imran Khan has neither fulfilled promises of constructing five million houses for poor people nor provided jobs to 10 million people.

Ikhtiar Wali said that his tall claims of converting Prime Minister’s House into university was also exposed to the nation.

He said Imran Khan has failed to honor his pledge of constructing sports stadium at every tehsil and bringing revolution in 90 days.