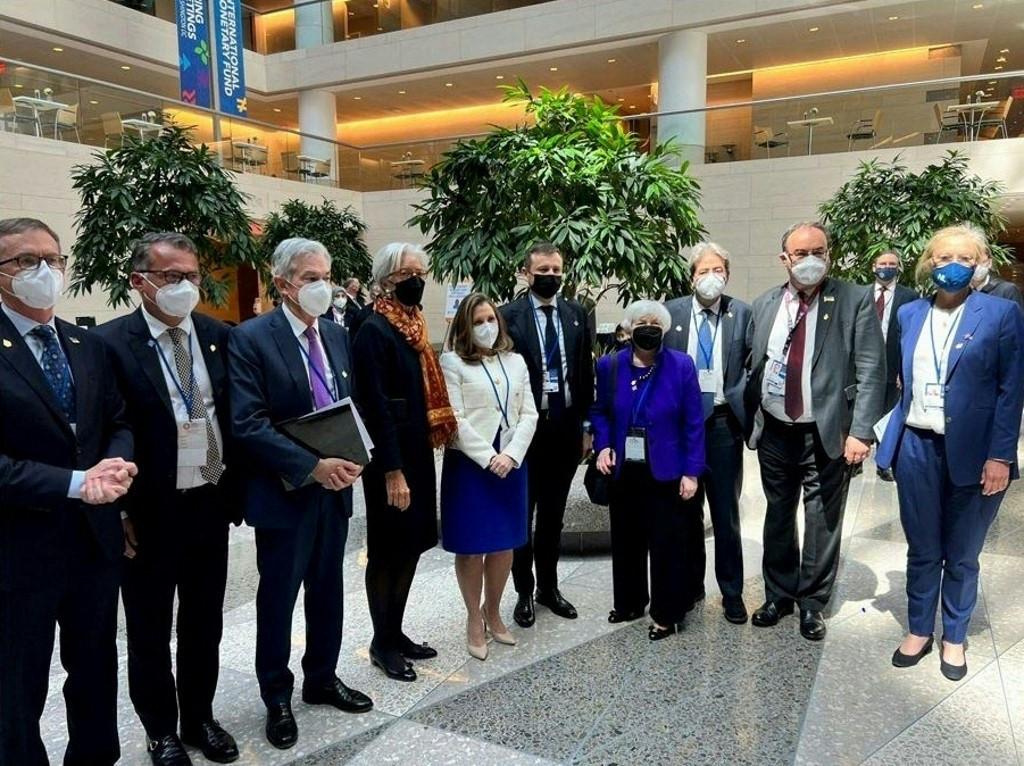 Washington: US Treasury Secretary Janet Yellen led a multinational group of finance chiefs on a walkout Wednesday as Russian officials spoke during a meeting of the G20, in the latest protest by Western nations over Moscow’s invasion of Ukraine.

Russia’s attack on its neighbour loomed over the meeting of finance ministers and central bank governors from the world’s most developed countries, the first since President Vladimir Putin ordered the invasion in late February.

British and Canadian officials also took part in the boycott, officials confirmed, underscoring the boiling tensions at the gathering convened to address global challenges like rising debt and a possible food crisis.

“Some finance ministers and central bank governors who were virtual turned their cameras off when Russia spoke.”

Canadian Deputy Prime Minister Chrystia Freeland tweeted a photograph of the officials who left the meeting, saying, “The world’s democracies will not stand idly by in the face of continued Russian aggression and war crimes.”

During the gathering, French Finance Minister Bruno Le Maire called on Russian delegates to refrain from attending the sessions, saying “war is not compatible with international cooperation.”

The Group of 20, chaired by Indonesia this year, includes major economies like the United States, China, India, Brazil, Japan, and several countries in Europe, including Russia.