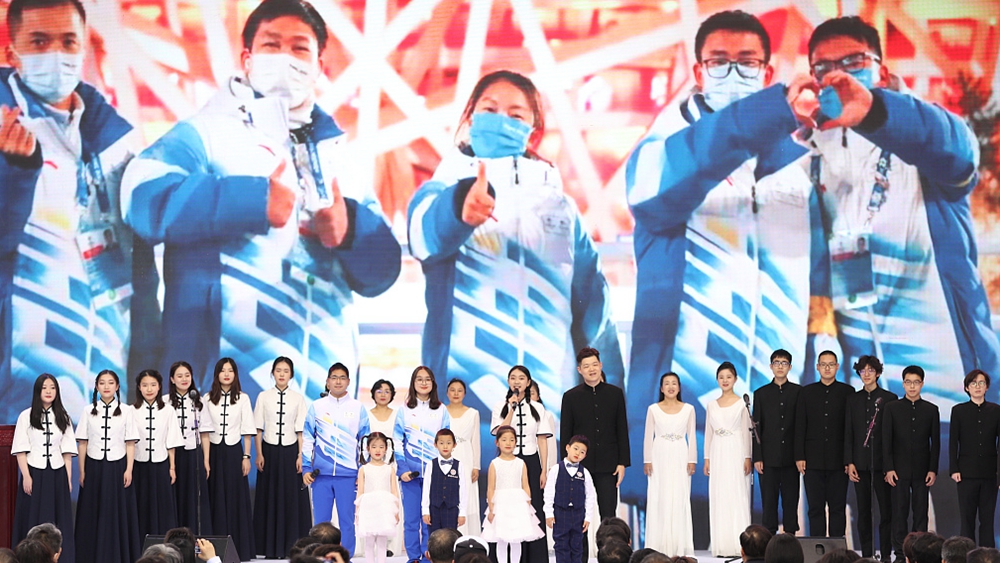 With improved physical and moral qualities and all-round ability, China’s youth are growing into a new generation that is capable of shouldering the responsibility of national rejuvenation, a national white paper said Thursday.

The white paper, titled “Youth of China in the New Era,” was released by the State Council Information Office. It is the first of its kind with focus on China’s youth. The document records achievements in the country’s youth development in the new era, and reflects on the spirit of its youth.

More than 37 million rural students receiving compulsory education have benefited from the student nutrition improvement program, and their physical health has markedly improved, according to the white paper.

In 2018, 92 percent of the students aged 14-19 passed the physical fitness test, and the proportion of those rated good or excellent increased substantially.

Noting that the Beijing Olympic Winter Games has boosted young people’s enthusiasm for winter sports in China, the white paper said youth aged 18-30 are the main force in winter sports, with the participation rate reaching 37.3 percent, the highest among all age groups.

As a generation born in an era with booming internet technology, more and more young people are using the internet to access information, exchange ideas, make friends, and shop, according to the paper.

At the end of 2020, the number of netizens aged 6-18 reached 180 million in China, with the internet available to 94.9 percent of minors, and the gap in internet accessibility between urban and rural areas narrowed to 0.3 percentage points from 5.4 in 2018, said the paper.

Besides, the white paper stressed that young people in China enjoy more equal and higher-quality educational opportunities as the country continues giving a high priority to education.