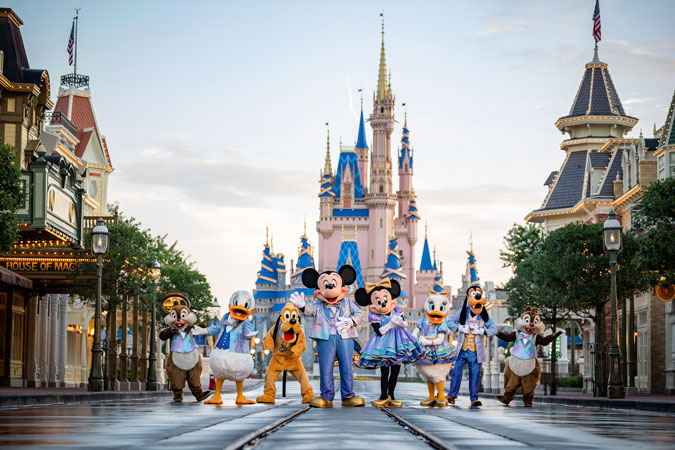 Florida governor Ron DeSantis asked the US state’s congress Tuesday to vote to eliminate a statute that allows entertainment giant Disney to act as a local government in Orlando, where it has its theme park.

The move is the latest episode in a dispute between DeSantis’ administration and Disney, after the company criticised the passage in March of a law banning school lessons on sexual orientation.

The Reedy Creek Improvement District was an area created by Florida’s congress in 1967 to facilitate the construction of Disney World in Orlando.

The area is about 38 square miles and includes two cities and land in Orange and Osceola counties, in central Florida.

Under that agreement, Disney runs the district as the entertainment juggernaut were a local government, including collecting taxes and guaranteeing essential public services such as garbage collection and water treatment.

The dispute began after DeSantis in early March signed into law a bill that bans lessons on sexual orientation and gender identity in elementary schools, the latest effort by Republicans in the United States to reshape education policy along conservative lines.

Opponents and LGBTQ rights activists lobbied against what they call the “Don’t Say Gay” law, which will affect kids in kindergarten through third grade, when they are eight or nine years old.

Disney CEO Bob Chapek slammed the law and halted all of Disney’s political donations in Florida – a move that came after weeks of outcry, particularly among LGBTQ staff, over the company not taking a public stand against the legislation.

The governor responded by calling Disney’s attitude “dishonest” and announcing in late March that his administration could withdraw the company’s special privileges.