Govt to pull nation out of ‘debt trap’

* PM says all decisions will be taken in consultation with stakeholders
* Critical problems of inflation and employment to be addressed
* Govt to pay full attention to problems of Balochistan, other provinces 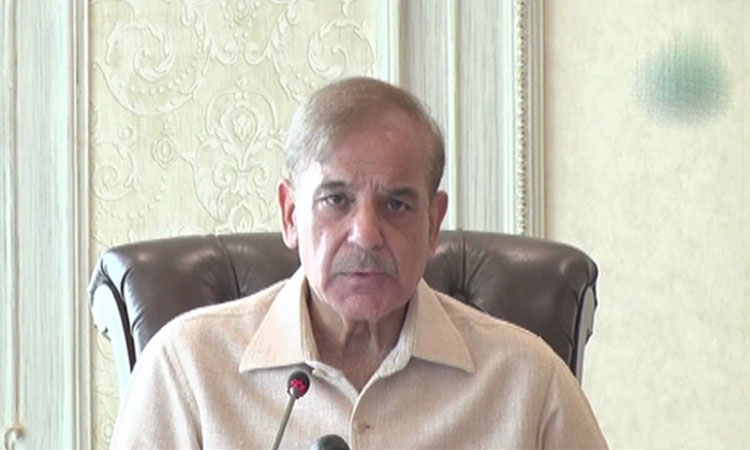 Chairing his maiden cabinet meeting, Prime Minister Shehbaz Sharif Wednesday said the country was caught in a ‘debt trap’ and the coalition government had to pilot the nation out of it.

“The country is caught in a debt trap and we have to steer it out and save the economy,” Shehbaz said.

He said the cabinet comprised extremely capable and experienced members and expressed confidence that they will use their abilities to serve the masses and to live up to their expectations. He said all decisions would be taken in consultation with stakeholders in order to address the chronic challenges including those of the economy, energy, poverty and unemployment.

The prime minister stressed it was only through hard work that the government could bring improvement to the situation. He said the broad-based coalition government would work tirelessly for welfare of the people and take decisions that served the country, says a news report.

The premier expressed a firm commitment to addressing the problems faced by the federating units, especially Balochistan. Shehbaz also pointed out that corruption increased during the tenure of the previous government and the ‘poisonous propaganda’ would be confronted with facts. Shehbaz assured the nation that the federal cabinet will work together to resolve the issues of unemployment and rising inflation. Shehbaz congratulated the cabinet members for ousting former prime minister Imran Khan and his PTI government from power.

“I want to thank the leadership of all coalition parties for giving you this responsibility,” he said. “We have to struggle with challenges like poverty, unemployment and inflation as the previous government failed miserably in its fight against hardships,” PM Shehbaz reiterated. He further told the cabinet members that the new government had to take decisions that were in favour of the people of Pakistan.

Speaking about provincial issues, the premier said the problems need to be identified in Balochistan.

“We need to pay full attention to the problems of the Baloch people and other provinces,” he asserted. Shehbaz said the new government had to slam the current opposition’s criticism of their performance, adding that corruption was at its peak during the three-and-a-half years of the PTI government. He said the purpose of this coalition government was to serve 220 million people of Pakistan, keeping aside all personal likes and dislikes.

“The only way to move forward is hard work, hard work and hard work,” he said. During the cabinet meeting, the federal cabinet approved a summary seeking removal of Federal Minister of Finance and Revenue Miftah Ismail’s name from the Exit Control List.

The finance minister was scheduled to leave for Washington Wednesday night to engage with the IMF for the seventh review of the stalled programme. State Bank of Pakistan (SBP) Governor Reza Baqir has also reached Washington for the parleys. Meanwhile, the federal cabinet also replaced Sanaullah Abbasi with Rai Tahir as the new Director General of the Federal Investigation Agency (FIA).

Shehbaz stressed the need for providing ease to the nation, especially the poor segments of the society, through a “thorough and continuous” process of consultation. “Today is an important day because we have successfully taken office by constitutionally and legally ousting the corrupt PTI government,” he said, thanking his coalition members. “This coalition is the most extensive one in the history of Pakistan. “And I have no doubt that despite your political affiliation and struggle, this coalition will work for the people of Pakistan without any personal biases,” he remarked. The PM cautioned that there were a number of challenges facing the new government such as load shedding, shortage of gas and oil prices.

“You will be briefed about all of them with facts so that we can, together, explore the most beneficial measures for the public.” He revealed that the country was “drowning” in debt and it was the government’s job to “sail this ship ashore”. “Dozens of warehouses and factories are closed due to lack of electricity and gas. We need to immediately find solutions,” he urged, adding that growth, not politics, was the priority for his cabinet right now.

He also warned that there was toxic propaganda being run against the government but vowed to counter it with “real facts”. The prime minister, moreover, stated that the government’s goal was to end corruption which had peaked during the PTI government. “We need to shed our blood and save this poor nation which is entangled in debt.”

As he concluded his address, Shehbaz took his coalition members into confidence and said that the prime minister’s post was theirs. “This is your struggle, your journey. You have to guide me, you have to advise me. This is the only way we can move forward,” he added.