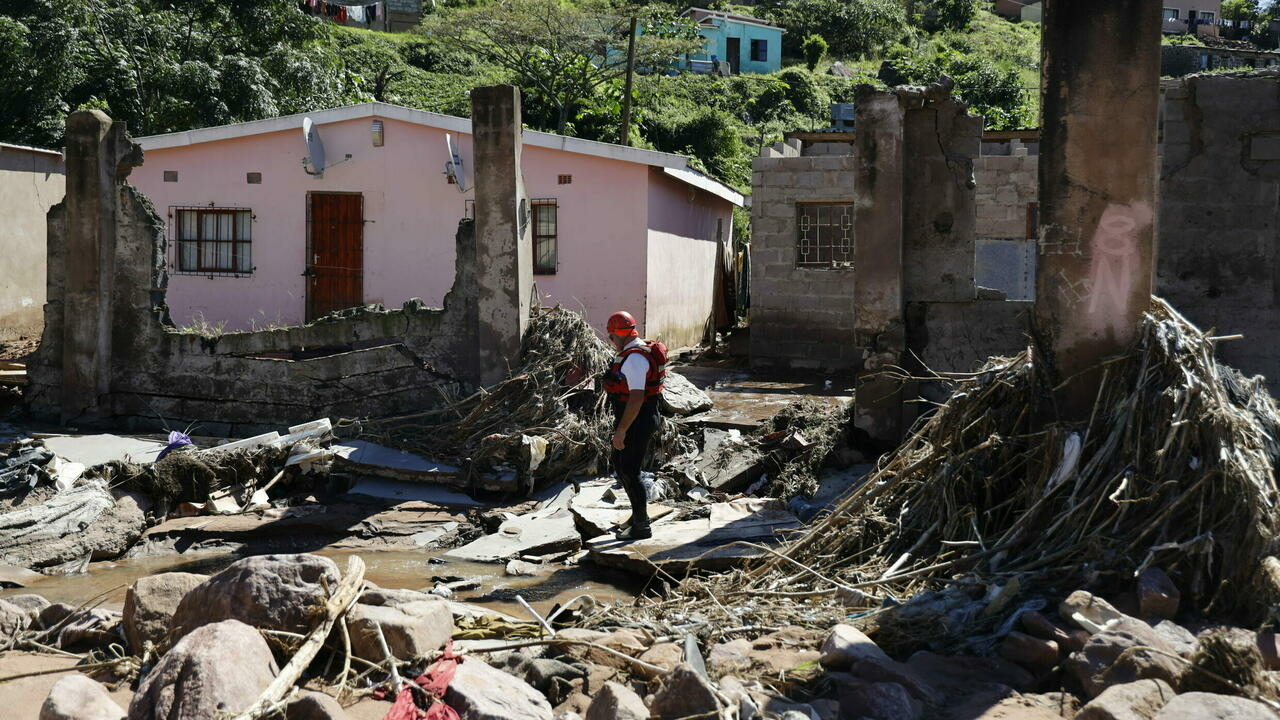 Wielding shovels, mallets and machetes, they worked for four hours to try to shift the muddy debris, hoping that vehicles could at last get through.  In vain: A pick-up truck, stuck on the wrong side of the gigantic mound, was still unable to pass. Inhabitants of KwaNdengezi, a township west of Durban, have been almost literally marooned since a record storm pounded South Africa’s east coast, killing nearly 450 people.

Like people stranded on a desert island watching ships sail tantalisingly by, they have stood as water tankers drive by in the distance. None of the tankers comes to their aid. “You just feel like you’re thrown away, like they don’t care about us,” said Bryson Khumalo, 24. He was compiling a list of residents with the greatest needs – those whose homes had been washed away or rendered uninhabitable – to provide to government authorities. No-one had yet come to check on the community, he said.

“We’re doing it on our own. That makes us more angry,” he said. The country has declared a national state of disaster after record rains flooded swathes of KwaZulu-Natal and Eastern Cape provinces. The defence force announced Monday that it was deploying 10,000 troops to help clear debris, rebuild fallen bridges, provide clean water and reconnect severed power lines.

But in KwaNdengezi on Wednesday, no help came as more than a half dozen men struggled to clear a mud-covered road. Many local people said they remained deeply nervous, still scarred by the sight of roads that became rivers and bore away lives, homes and possessions.The floods are the worst in living memory, and experts say climate change has played a part in their intensity.

“I’m shaking, as you can see. I’m not angry, I’m worried,” said Ntombi Mkhize, 42, a mother of three whose youngest child is just two months old.”Even if there is a small rain, because of that memory, we feel it is big,” she said, adding the fear had caused her many sleepless nights. On top of that, she is afraid of break-ins and other crimes by people taking advantage of the unlit nights.

Lacking water or electricity, Mkhize said she had been sending her eldest son to collect water leaking from broken pipes far from their home. She had had to collect wood – still damp from the rain – to build a fire and boil the water, hoping to kill any contaminants. Many local people said they were consumed by the need to recover bodies of loved-ones, to give them proper funerals and provide closure.

Ntokozo Magcaba, 40, had her eyes fixed on a river where police divers and a canine unit were searching the waters for her missing 23-year-old son. “They say we must keep looking,” she said police had told her when she called for help a week ago. Since then, her husband and neighbours had been searching daily. Rescuers followed the river for over an hour to where it intersected with a larger waterway. There was no sign of Magcaba’s son. “I’m broken,” she said.