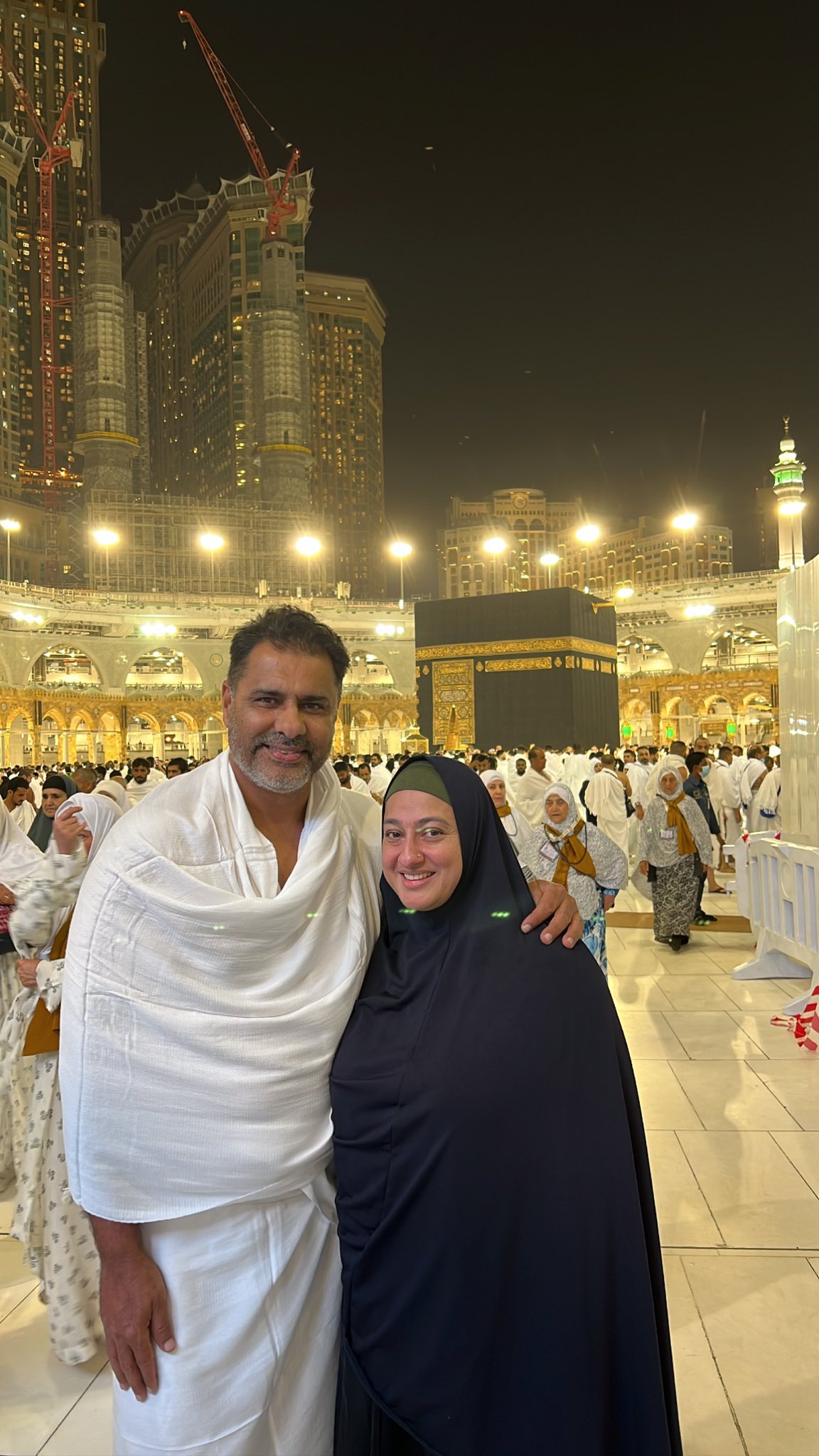 Following in the footsteps of Shadab Khan, Waqar Younis, a former Pakistani cricketer, performed Umrah (Islamic pilgrimage) with his family during the holy month of Ramadan.

Waqar and his family also paid a visit to Madina’s Masjid-e-Nabvi (PBUH).

The former cricketer, who is also a cricket analyst, accompanied the tweet with four photos in which he thanked Allah for the bounty.

“Alhamdulillah…ALLAH invited us to his house for Umrah,” he wrote.

Waqar can be seen with his wife Faryal and son Azaan in the pictures. The Holy Kaaba and Gumbad-e-Khizra (The Green Dome) are also seen in the backdrop of the pictures.

Hundreds of believers travel to Saudi Arabia every year and perform Umrah in Ramadan, seeking the Almighty’s blessings during the holy month.

The pilgrimage was restricted for the last couple of years due to the coronavirus pandemic but now the situation has improved and the Kingdom has allowed foreigners as well.