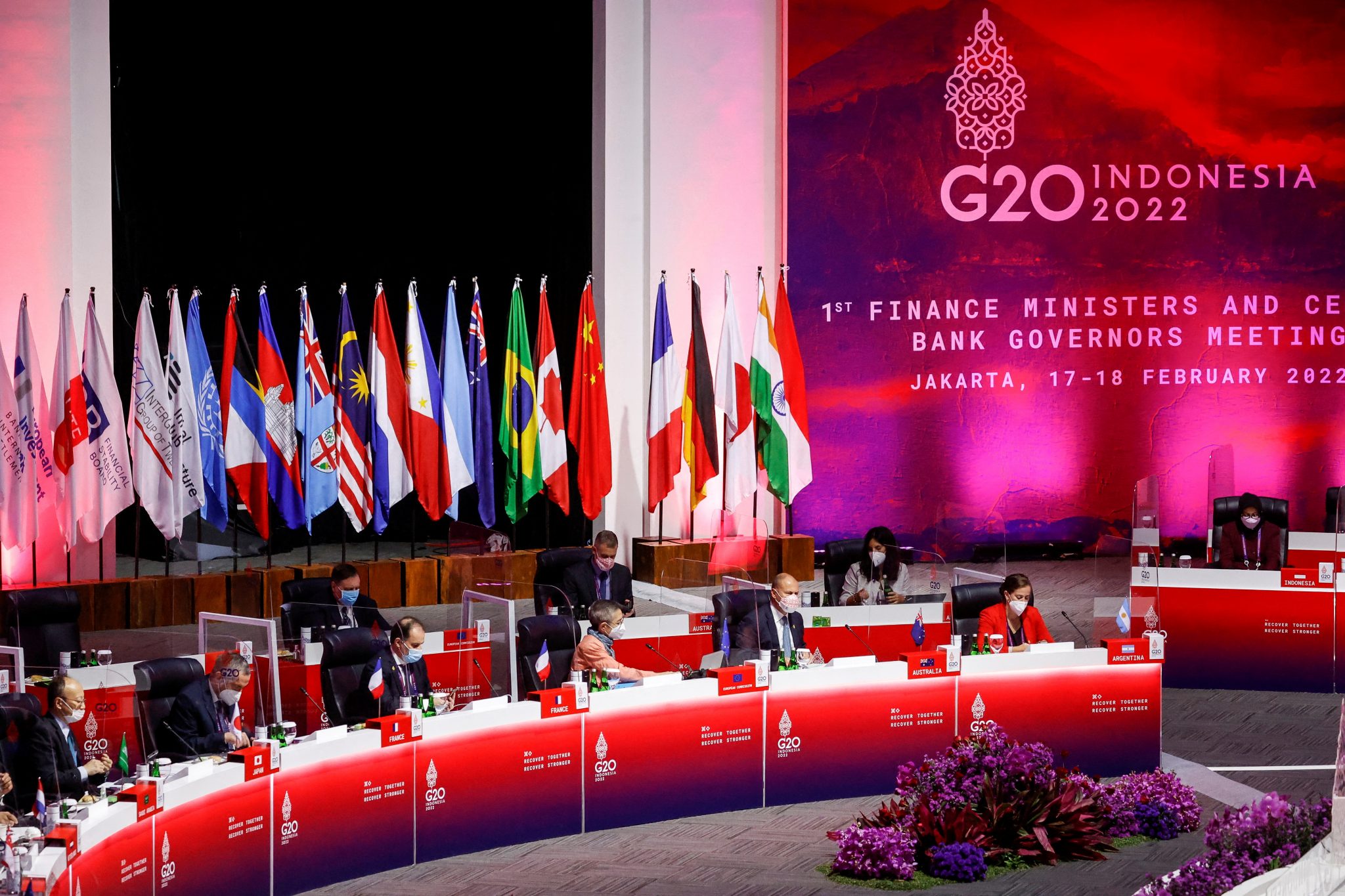 Washington: Finance officials from the world’s richest countries will meet on Wednesday to address global challenges like rising debt and a possible food crisis — if they can overcome boiling tensions over Russia’s invasion of Ukraine.

Moscow’s attack on its neighbor is set to dominate the meeting of G20 finance ministers and central bank governors, the first since Russian President Vladimir Putin ordered the invasion in February.

Western nations have retaliated for the bloody incursion with sanctions meant to harm Russia’s economy and turn it into a pariah state.

And US Treasury Secretary Janet Yellen will boycott some sessions if Russian officials are present, according to a senior US official, a stance other countries have said they will follow.

The boycott threat underscores the tumult facing the Group of 20, and experts see little chance at this meeting for the bloc to find consensus on global challenges such as climate change and debt relief for poor nations.

“I think expectations should be extremely low,” said Matthew Goodman, senior vice president for economics at the Washington-based Center for Strategic and International Studies (CSIS).

“It’s hard to see how the G20 is going to pull together in the face of… the Ukraine crisis,” he said in an interview.

The G20, chaired by Indonesia this year, includes major economies like the United States, China, India, Brazil, Japan, and several countries in Europe.

The officials will gather virtually on the sidelines of the World Bank and IMF’s spring meetings in Washington.

After the economic downturn caused by Covid-19, the global economy is facing a new shock caused by Russia’s invasion of its neighbor, which has driven prices for food and fuel higher and caused the IMF to lower the global growth outlook to 3.6 percent for this year.

Russian finance ministry officials are expected to participate in the event remotely, but a US Treasury official said Yellen will make it clear that “the benefits and privileges of the leading economic institutions of the world… are reserved for countries that demonstrate respect for the core principles that underpin peace and security across the world.”

But the official said the group cannot let Russia stop the important work of the G20.