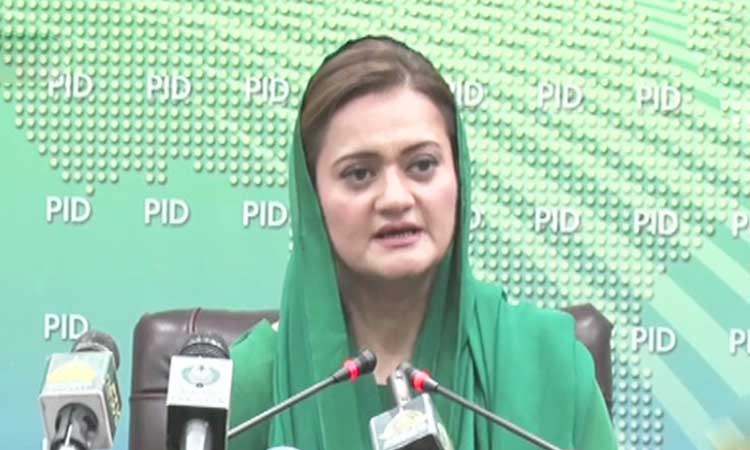 Federal Information Minister Marriyum Aurangzeb Tuesday disbanded the Pakistan Media Development Authority (PMDA) set up during the PTI government’s tenure. “An attempt was being made to gag an already muzzled media. But now, whatever shape and form PMDA is working in, we have disbanded it,” the minister said while talking to journalists in Islamabad.

Marriyum said the coalition government would not allow imposition of curbs on freedom of expression as she termed the PMDA a “black law”.

She mentioned that the Islamabad High Court (IHC) had termed the Pakistan Electronic Crimes Act (PECA) Amendment Ordinance “unconstitutional” due to the efforts of journalists and PML-N.

“So now, we will review this PECA law and take all stakeholders on board in this regard. We will also identify the gaps which are there and were used to muzzle the media,” Marriyum added, says a news report.

She said for the last four years, the Pakistani society experienced suffocation, be it in the form of abusive language, targeting of politicians, black laws, or ordinances.

“I think we should now move towards a new beginning as a coalition government has been formed that represents entire Pakistan,” the information minister said.

In response to a question, Aurangzeb said the government had gathered data on the bot Twitter accounts that were being operated to malign the institutions and run trends against them.

“This does not come under freedom of expression, as these campaigns are being run through software. There is zero tolerance for such trends and campaigns,” said the minister.

Marriyum warned the PTI that it could not protest outside journalists’ homes just because their government had failed to deliver.

“There will be zero tolerance for this and we have instructed the inspector general of Islamabad to make sure that the culprits are published.”

Marriyum noted that the government would not take revenge on its political opponents, but whosoever had done something illegal while in office will face action.

With regard to President Arif Alvi refusing to administer the oath to the federal cabinet and Prime Minister Shehbaz Sharif, Aurangzeb said the president should be aware of the fact that he was not a member of the PTI, but had a constitutional role.

“…if he cannot fulfill the oath he took while becoming president, then the best option for him is to resign,” the information minister said. The minister said confidently that PPP Chairman Bilawal Bhutto-Zardari was going to London, but once he comes back, he would take his oath as federal minister.

The newly elected information minister added that the prime minister would also address the nation in a day or two and would announce the government’s long and term goals. At the outset of her first press briefing after becoming the information ministry, Aurangzeb said during the previous government’s tenure, Pakistan’s media industry went through a dark phase, facing a financial crisis, firing of journalists, muzzling of freedom of expression, censorship, and other problems that the journalists faced.

Journalists were shot and abducted during the PTI’s tenure in the last four years, and I stand in solidarity with them,” she said.

Marriyum noted that accountability by the media was crucial for the government as it helps the rulers rectify themselves and serve the people better.

“If freedom of expression remains in the society, it not only makes the society evolve but, in my opinion and in my party’s opinion, it further strengthens the government’s performance and actions.”

A joint action committee comprising all stakeholders, including media organisations, would meet to discuss the media’s problems, she said, adding that a consultative solution would be found that would be workable and acceptable to all.

No regulatory authority would be established other than the already functioning Pakistan Electronic Media Regulatory Authority (PEMRA), she asserted.

The information minister recalled that the previous government tried to bring a “black law” – Prevention of Electronic Crimes (Amendment) Ordinance, 2022 – that was later struck down by the Islamabad High Court (IHC). She shared that the newly appointed Law Minister Azam Nazir Tarar had decided to review the PECA law introduced in 2016 in consultation with all stakeholders, including the parts where the right to freedom of expression was “misconstrued” and gaps were present.

“The way the PECA Ordinance was used to file FIRs against journalist Mohsin Baig overnight and the way his ribs were broken [during a raid on his house] … we will try to review it with [all stakeholders].”

In addition, the bill related to journalists’ protection would be made implementable soon, she said.

“Criticize us. We will accept it wholeheartedly if it can improve the lives of Pakistanis and the government’s performance,” she added. The people of Pakistan had “heard abuses and witnessed thuggery” whether it was on the opposition, parliament or media during the four years of the PTI government, she said, adding that society had also seen a “reduction in discourse and listening to counter-arguments” during that time.

“The opposition was thrown into the wheels of death to save the government, the doors of parliament were closed by legislating through ordinances and the media was oppressed. I want a new era to start. This chaos should end.

“The people of Pakistan know that the incumbent government is representative and all political parties are included. Together, we will end this chaotic situation.”

Responding to a question on whether the government would take action on anti-army and anti-judiciary campaigns on the social media, she said action had already been initiated against those accounts.

She said the PTI could not “blame journalists for its failed governance” and take their “failed politics” to their houses. There would be zero tolerance for sharing journalists’ addresses on social media so protests could be held outside their houses, she added.