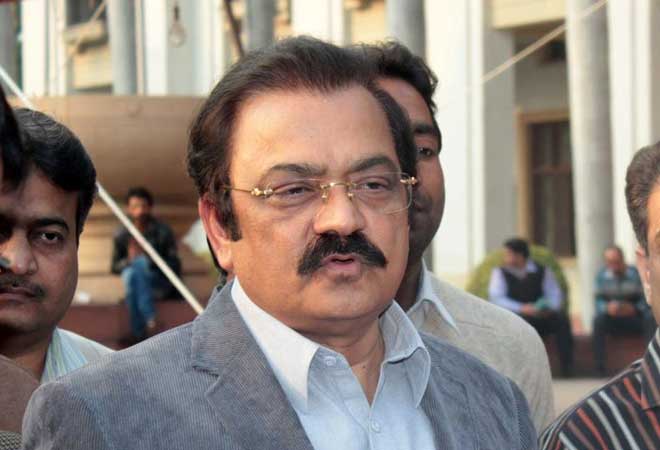 The newly sworn in Minister for Interior Rana Sanaullah said on Tuesday that a diplomatic passport was former prime minister Nawaz Sharif right and will be issued to him.

In conversation with the media after being sworn into Prime Minister Shehbaz Sharif’s new cabinet, the Pakistan Muslim League-Nawaz (PML-N) regretted that “it is unfortunate that a person who has been prime minister three times is being deprived of national citizenship.” The minister stated that the interior ministry would be briefed on security issues and subsequently formulate a policy.

Referring to his drugs case, the minister said that an investigation will be done into the registration of the fake case. “Everyone has the freedom to express on social media, but we have to take care of the other person’s freedom too,” he said, adding that the government would not ban social media but will regulate it.

Minister Sanaullah also told the press that former prime minister Imran Khan has been granted “foolproof security” on the directives of Prime Minister Shehbaz Sharif. “We have no intelligence regarding a threat to Imran Khan’s life,” he stated.

In response to a question about registering a case against Imran Khan, the minister said the government would not take any retaliatory action.

“The former premier will not be arrested. I am no Imran Khan that I will arrest someone or release someone,” the minister stated, adding that if there will be a case of corruption against the former premier then it will be investigated first. Any action will be decided upon later, he said.

The interior minister added that the complaints of large donations and cheques regarding the Rawalpindi Ring Road project will be investigated.

He further added that state institutions should not be maligned and their sacrifices would not be in vain.

“We will support the institutions and bring reforms to all including the Federal Investigation Agency (FIA)”.

A day earlier, the Islamabad High Court (IHC) had declared a petition challenging the issuance of a diplomatic passport to convicted former PM Nawaz Sharif as inadmissible, and imposed a fine of Rs5,000 on the petitioner.

The ruling was announced after being reserved by IHC Chief Justice Athar Minallah earlier in the day.

The petitioner had contended that Nawaz should not be issued a passport on the grounds that he was an “absconding convict”. “Therefore, authorities should be barred from issuing a diplomatic passport to him.”