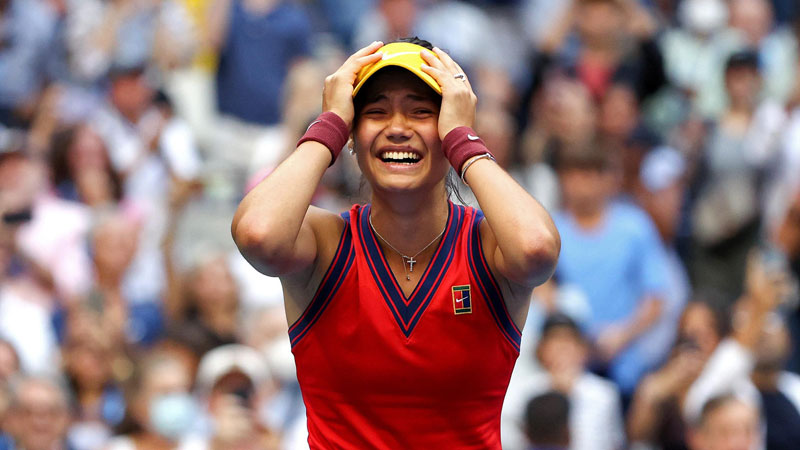 STUTTGART: US Open champion Emma Raducanu wants to build up her experience on clay at Stuttgart’s WTA tournament this week after making her professional debut on the surface last weekend. The British teenager faces Storm Sanders of Australia in her opening tie on Wednesday in the first round at the indoor tournament in Stuttgart. “I’m looking forward to spending more time on clay this year,” Raducanu said. “I keep telling everyone around me that one day clay is going to be my surface.” Raducanu wore a personalised Tottenham Hotspur shirt with the number 10 in training on Tuesday. She explained that while football doesn’t interest her much, “almost everyone on my team is a big Spurs supporter,” added the world number 12.

The British teen had a tough introduction to clay last week in Prague, losing some toenails after training on the surface ahead of Britain’s Billie Jean King Cup defeat to the Czech Republic. However, the 19-year-old showed no ill affects when she beat Tereza Martincova, but then lost heavily to Marketa Vondrousova. Now Raducanu is focused on doing well against Sanders with world number one Iga Swiatek of Poland a potential opponent in Friday’s quarter-finals. “The more experienced I get, the better I can deal with everything,” said Raducanu, the first female British winner of a Grand Slam title for more than 40 years. In her opening match in Stuttgart, Swiatek will face German qualifier Eva Lys, ranked 342 in the world. The 20-year-old Lys won a marathon tie of over three hours on Tuesday to beat Viktorija Golubic of Switzerland 5-7, 7-5, 7-5 in the first round.