There’s masala in every drama but not all of them are hits: Farhan Saeed

* On Thursday, the actor told BBC Urdu that he didn't expect that he would ever receive the kind of appreciation and love that he's getting today as an actor 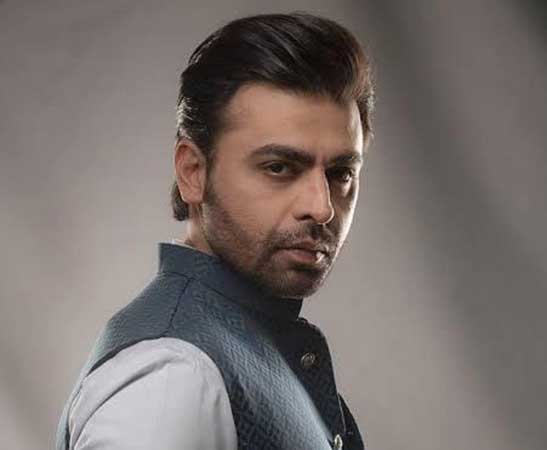 Actor Farhan Saeed has lately been the talk of social media not only for his music but also his acting in on-air drama Mere Humsafar.

His character Hamza and Hania Aamir’s Hala have won the hearts of many netizens due to their “fairytale-like” storyline. In a recent interview, the singer-cum-actor said that he is always very happy when people show love for his character and the show.

On April 14, the actor told BBC Urdu that he didn’t expect that he would ever receive the kind of appreciation and love that he’s getting today as an actor. Upon being asked about his recent show and how netizens are liking it, Saeed said the reason behind people appreciating his current drama could be due to the fact that “everybody likes a lovely fairytale”.

Often dramas highlight common storylines, such as an evil mother-in-law, abusive family and vulnerability, for the masala. Such is the case for Mere Humsafar where Hamza is seen defending Hala against all his family members at first but also loses his calm and shuts her out. “All the masala is there but this isn’t the first drama to have that kind of storyline. There are thousands of other dramas being made with the same storyline but they aren’t a hit,” reasoned the actor.

Saeed said the drama is one-of-a-kind since he never imagined himself in this role. For him, his character is different from his actual personality but while acting, Saeed does what he believes in. He said he couldn’t really speak out against his actions in the show because it could be “used against him” if he ever acted in a similar way again. “But 99.9 per cent, I won’t do something that I don’t believe in.”

For Saeed, his character Hamza is a contained and very calm human who respects individuals of his household, therefore he didn’t have to put in effort in his character. As for the drama, Saeed himself never had any reservations about his character rather with the initial episodes that he later realised were necessary for the story build up.

While sharing his experience the actor also appreciated his co-stars Samina Ahmed, Saba Hameed and Waseem Abbas and said he got to learn a lot from them on the set. As he complimented and recalled his experience of working with Abbas, Saeed called himself “lucky” to have been able to work with women that won him the “best couple” award. “With Urwa in Udari, Sohai in Prem Gali, Iqra in Suno Chanda and now this chemistry is working,” the singer said.

Upon being asked about his journey as an actor and if he ever faced criticism, Saeed believes Suno Chanda “changed” it for him. “I won four awards in a night and that was like the industry accepted me. That was the same night where only one other actor had received four as well and that was Naumaan Ijaz and for me that’s the biggest compliment,” Saeed said.

The actor also teased that he is willing to be cast as Arsal from Suno Chanda for its third instalment only if the creators are willing to revive it. But he will only be a part of it on the condition that the storyline is given a spin but the characters remain the same.

On the work front, Saeed is also acting in drama Badshah Begum alongside Zara Noor Abbas, Ali Rehman Khan, Yasir Hussain, Komal Meer, Saman Ansari, Shahzad Nawaz and Abul Hassan. He is also going to be seen on silver screen in Tich Button, however, the film that also stars Iman Ali, Feroze Khan and Sonya Hussyn doesn’t have a release date yet.