What does Afzal Khan miss the most in life? Sahiba reveals 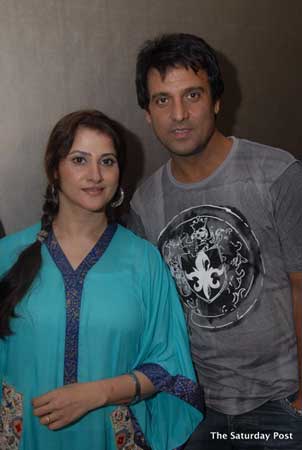 Star couple of Lollywood – Sahiba and Afzal Khan better known as Jan Rambo recently appeared at ARY Digital’s show ‘Shan e Suhoor’ along with their kids. Sahiba and Rambo along with their sons Ahsan and Zain Khan seated for a candid conversation with host Nida Yasir in ‘Shan e Suhoor’. Speaking about kids, celebs stated that Ahsan was the naughtier one in childhood. “Ahsan used to stay up all night and would not let us sleep,” they stated. “Zain on the other hand would sleep peacefully the entire night but then gave us a tough time during the day.” Touching upon the habits and nature of sons, Sahiba told Nida, “Ahsan is the caring one. He has to massage my feet at night before going to bed.” Interrupting the wife, Afzal aka Rambo quipped that even though he is lying next to her but the son would never touch a finger to his feet. “This is the reason I miss having a daughter,” he added. “Yes, he really misses having a girl child,” noted Sahiba.