Relive those bygone holidays with this fascinating book

Those hazy caravanning holidays of yesteryear will be brought back into sharper focus thanks to a fascinating new book. The Touring Caravan Story: Over a Century of Towing, by Andrew Jenkinson and published by The History Press, charts the evolution of car-pulled caravanning over the past 100 years, ‘from its humble beginnings as a rich man’s interest to the holiday of choice for the everyday family’.

It contains among others a rare picture of the nation’s first car-pulled caravan, manufactured in Birmingham after the First World War, a special amphibious model and a 1970s scene from the British Caravan Road Rally – where caravan owners would compete against one another in braking, reversing and obstacle course tests.

Jenkinson, who first bought a caravan in 1985, says of the book: ‘It’s a nostalgic look at the touring caravan from 1919 to the present day – a story that has many twists and turns as sales boomed and slumped. 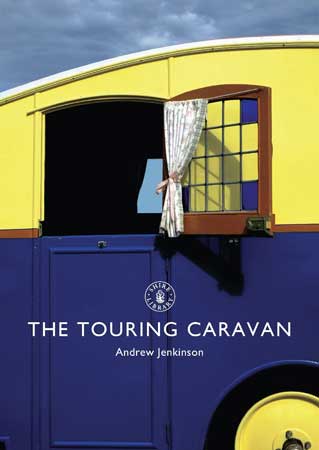 ‘As I write this book, caravanning has seen a massive surge in the UK and the rest of Europe, but it has all been seen before and, with new electric cars seeing their own boom, the touring caravan is set to see further changes.’ Feeling nostalgic for bygone holidays? Scroll down to see some of the mesmerising photos that appear in the tome…

‘Scotland was a major caravanning destination for many,’ the book reveals. According to the author, this 1960s photograph shows a ‘lone 1965 Sprite Alpine on a small site at Moy, near Banavie, with Ben Nevis in the background’. He adds that ‘this idyllic pitch was typical of the period’

Moving from the 1980s to the 1990s, the ‘whole caravanning way of life was changing,’ the book reveals, adding: ‘The cheap caravan had all but gone but the touring caravan was becoming a more sophisticated vehicle.’ Jenkinson adds: ‘Swift’s investment in style and aerodynamics gave their tourers the edge. The 1992 Swift Alouette was a good example of this’

The Caravan Show, established at Earl’s Court arena, London, in the middle of the 20th century, was ‘the shop window for the caravan industry for retail and trade’. Jenkinson says: ‘Held in November, it was the show where manufacturers made sure they got a stand.’ By the 1970s there were more caravan shows in the UK, but the Earl’s Court show would remain the main event until the late 1980s, the book reveals. Sadly, by the 2000s, the Earl’s Court show became ‘a shadow of its former self’. Jenkinson reveals: ‘The number of visitors dropped from 160,000-plus to 40,000 and by 2005 it had gone, replaced by a new main show at the National Exhibition Centre Birmingham in October. It was all part of the ever-changing world of the UK caravan industry’