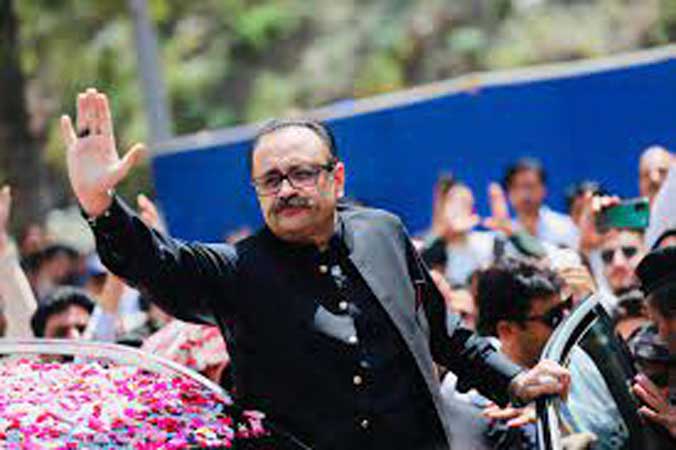 Aliyas succeeded to become Prime Minister of the region after a brief but hard struggle and use less legal battle as well initiated by opposition parties who being traditional politicians felt strange by the sudden emergence of a non political background person on the political arena of the region.

The newly elected prime minister soon after his election took oath of his office at Presidency here in a ceremony largely attended by politicians, notables, government officials and his party workers. President Barrister Sultan Mehmood Chaudhary administered the oath to him.

The newly elected prime minister belongs to a village Bangoin in Rawalakot district and elected as member assembly first time from district Bagh constituency. Earlier, he had also served as advisor to chief minister Punjab on investment.

In the last general election, his uncle Sardar Sagheer Chughtai was elected as member legislative Assembly from their native constituency who unfortunately passed away in a tragic accident when his vehicle drowned in river Jhelum at Azad Pattan in the result of a collision with opposite vehicle during the election campaign last year. The widow of late Sardar Sagheer Chughtai was elected as member from their native constituency in the current assembly after the tragic accident.