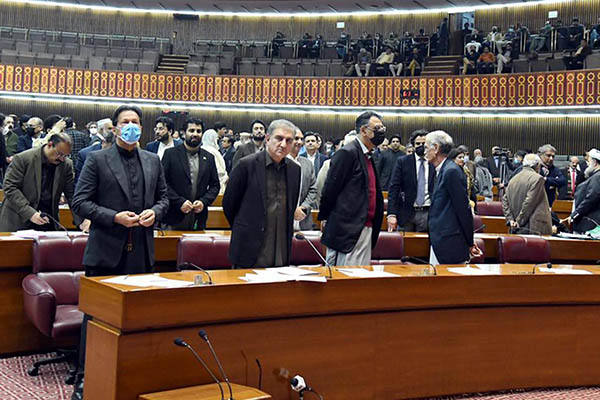 ISLAMABAD: Pakistan Muslim League-N Member National Assembly Ali Gohar Baloch Monday criticized that the previous PTI government had disappointed the nation by failing to deliver during its three-year-tenure, where unemployment and poverty was jumped high. “PTI has no political agenda and has done nothing for the welfare of poor people”, he said while speaking to a private new channel on Monday.

He said that PML-N has used its constitution right for removing PTI government, adding, PTI was miserably failed and its leadership with its incompetency disappointed nation.

MNA Ali Gohar said that the tall claims of Pakistan Tehreek-i-Insaf had proved hollow slogans, adding that leveling allegations and using derogatory language against political opponents could not help increase the PTI’s stature in the people’s eyes.

PML-N government had introduced the vision of development for all, he said, adding that the country would progress under the able leadership of Prime Minister Shahbaz Sharif.

Replying to a question, he said that PTI’s negative politics had no value as the PML-N believed in honesty and determination to serve people.