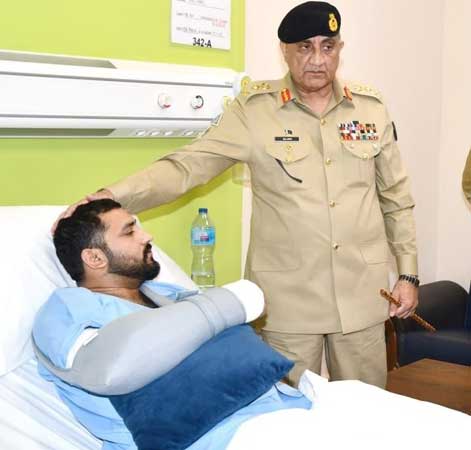 Chief of Army Staff (COAS) General Qamar Javed Bajwa said on Sunday the military draws its strength from people and any effort to drive a wedge between them will not be tolerated.

Speaking to army officers and veterans in two separate interactive sessions during his visit to Lahore Garrison, Gen Bajwa appreciated the Lahore Corps for “maintaining high standards of operational preparedness and training”.

“Misinformation and propaganda threatens state integrity requiring timely and unified response to effectively counter speculations and rumours,” he maintained. “Army draw its strength from people and any effort to create wedge between army and population won’t be tolerated,” the army chief said, adding “The hostile forces are trying this for a long time but they won’t succeed, Insha Allah.”

According to the Inter-Services Public Relations (ISPR), COAS Bajwa visited Lahore Garrison over the weekend. On his arrival, he was received by Corps Commander Lieutenant General Muhammad Abdul Aziz. Gen Bajwa visited the Combined Military Hospital Lahore (CMH) where he inquired about the wellbeing of Major Haris, who was manhandled and injured in a road rage incident recently.

He said that law will take its course and assured that the perpetrators, who are now under arrest, will be brought to justice.

“No one can be allowed to take law into their hands,” he added.