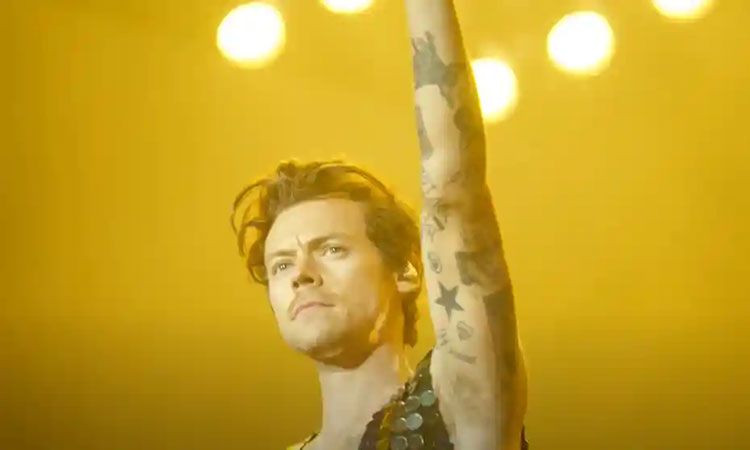 They say rock is dead, but it’s wearing a sequined catsuit, headlining the first night at Coachella and called Harry Styles. At least that’s what he wants you to think. The British musician’s show was, in many ways, tailor-made for the California festival’s return: his last album, 2019’s Fine Line, was surely designed with floppy fedoras and flower crowns in mind with its 70s folk twangs, Canyon Moons and sexy-sad sun-dappled songs about love, lust and regret. But tonight, all the bombast and pomp of a Big Stadium Pop-Rock Show is in flamboyant full force. There’s a brass section! More wailing guitars than a Led Zeppelin B-side! Hip-swivelling! From the moment that Styles ripples down the spiral staircase without missing a step – and then drops the ostrich he’s wearing on the beat, to reveal his dazzling Freddie Mercury-styled deep V – this is a show dripping in slickness, already honed from his recent tour. Save for some ‘countryside footage’ of rutting bunnies and what looks like the Cotswolds (it is Easter, after all), Styles is also here to show that he is not just a Rock God Reborn but an adopted All American Son.