Shoaib Akhtar says he got an offer from Bollywood 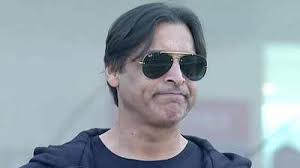 KARACHI: Pakistan’s legendary former cricketer Shoaib Akhtar has revealed that he had received an offer to star in Bollywood film Gangster.  In an interview with foreign media, Shoaib Akhtar said that he was offered the lead role in the Indian movie, adding that later the role was played by Imran Hashmi.

“I had an offer to play the role of Imran Hashmi in Gangster. I think I should have done the film,” the 46-year-old said.

Comparing himself with young pacers, the “Pindi Express” said that they are not like him, adding that neither do they have long hair nor can they bowl fast enough.

“Fast bowlers don’t even strike the ball on the head, and I think fast bowlers should injure the batters,” he remarked.

He said that Adam Gilchrist’s wicket in the 2002 Test match is his favourite wicket over Rahul Dravid’s in Calcutta in 1999.

During his cricketing days, Shoaib Akhtar said that Saqlain Mushtaq was his best friend.

“I have beaten Saqlian out of love. He has proved to be the best spinner in the world,” Akhtar added.

He claimed that he can deliver the ball at a speed of 145 kilometres per hour even now but after a knee surgery and three months of training. Akhtar holds the record for the fastest bowl ever bowled in the history of cricket.”I have bowled faster than 161.3 km per hour, and I have bowled faster than 163 km per hour in my career.” Appreciating the national cricket team skipper, Akhtar said that Babar Azam is the best batsman of this era.