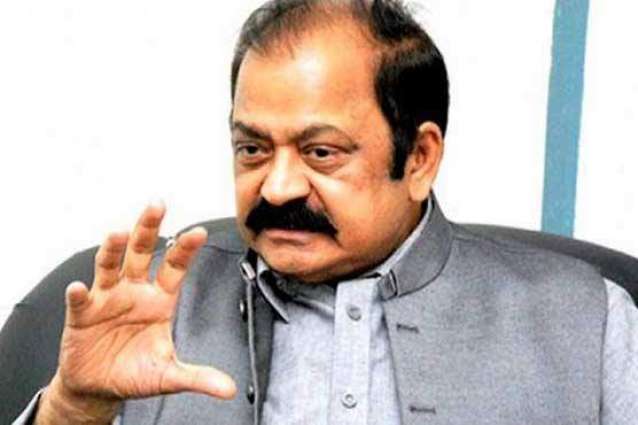 PML-N leader Rana Sanaullah on Sunday said that following consultation between the allied parties of the government, PPP will likely get to head the foreign ministry. Speaking to the media, Sanaullah said that the allied parties have completed the talks related to the distribution of ministries, however, the parties have asked for a day to deliberate on the decision.

“The ministries have been divided among the allied parties and now each party will name their preferred candidates,” he said.

Sanaullah said that in accordance with the number of members each party has in the Parliament, PPP will get 11 ministries, while PML-N will get 14.

“If names of other parties to head ministers surface, the PML-N will make that information public too,” he said.

He added that the ministry of foreign affairs will most likely be handed over to the PPP, while the party’s chairman Bilawal Bhutto-Zardari is deliberating over the decision to head the ministry.

“I cannot ascertain whether Bilawal Bhutto will become part of Shahbaz Sharif’s cabinet,” he said.

“The ministry of maritime affairs and the ministry of overseas Pakistanis and human resource development will be given to MQM and PPP, respectively,” he said.

Answering a question, the PML-N leader said that Yusuf Raza Gillani, after winning his court case, will be able to carry on his duties as the chairman of the Senate. He also refuted rumours that PML-N’s Ishaq Dar is eyeing the position of the Senate chairman. Regarding the news related to the removal of Punjab governor Omar Sarfaraz Cheema, Sanaullah said that PML-N will appoint a new governor for the province, adding that Prime Minister Shehbaz Sharif is yet to make a decision in this regard.

“As far as governor Sindh is concerned, the decision has already been made. As for the country’s presidentship, the decision as to who would be the next president will be made once the seat falls vacant.

“If the president resigns, then allied parties will sit together and decide who will be the next president,” he maintained. “As for the interior minister of the country, PM Shehbaz will make a decision as he sees fit.”