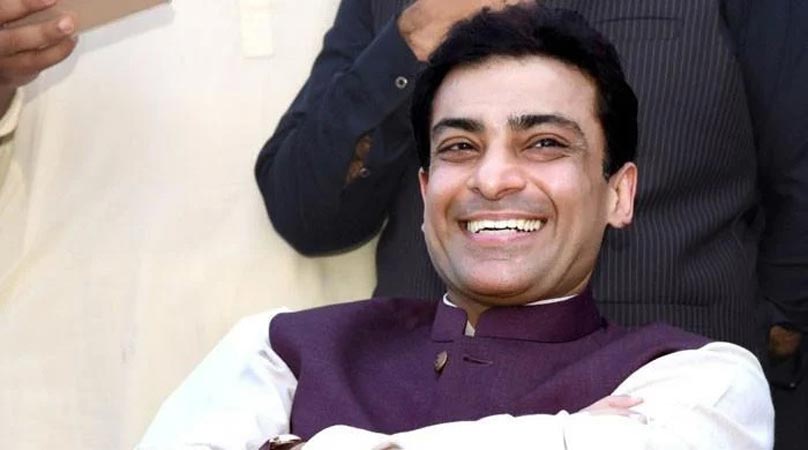 PML-N leader Hamza Shehbaz was elected as chief minister Punjab on Saturday in a ruckus marred session of the Punjab Assembly.

Ahead of the vote, three PTI members of the Punjab Assembly were arrested for attacking Deputy Speaker Dost Mohammad Mazari as the party boycotted the session to elect the new chief minister. Hamza Shehbaz was elected as the new chief minister with 197 votes. While his rival Pervaiz Elahi did not receive any votes as his party and PTI had boycotted the polls. Announcing the results of the election, the deputy speaker said the day represented a “success of democracy” and lauded the “positive role” of the MPAs who took part in the voting despite today’s events. After much wait and delay due to a ruckus, the session finally started, with Deputy Speaker Mazari in the chair once the assembly’s order was restored. The session was scheduled to start at 11:30am. However, it was delayed as government lawmakers – PTI and PML-Q – resorted to violence.

Earlier, the lawmakers of the ruling party had thrown “lotas” at Mazari first, attacked the deputy speaker and pulled his hair despite the presence of security guards. The deputy speaker left the hall after this and the session was delayed.

Before assaulting Mazari, the PTI lawmakers caused a ruckus when they brought “lotas” to the house and started chanting “lota, lota” (turncoats) as they lashed out at dissident PTI MPAs who parted ways with the party and decided to support the Opposition.

As the situation got intense and requests were made for the police to control the situation, the anti-riot force personnel entered the assembly wearing bulletproof jackets and made the arrests of the PTI MPAs.

Earlier, slogans were chanted by both the parties, while PTI members threw lotas at the opposition benches, leading to open altercations and fights on the floor of the house. When Mazari entered the assembly, members of the treasury benches threw lotas at him and tried to circle him, while one of the MPAs pulled his hair and others were seen taking shots at him. Mazari was immediately shifted to his chamber by assembly guards.

To control the situation inside the house, Punjab SSP Operations along with a huge contingent of police officers entered the assembly in civil clothes but later exited the hall after protests from Elahi.

Meanwhile, the Punjab chief secretary and IG held a meeting inside Mazari’s chamber to chalk out a plan to resume the PA session.

Later in the day, officers of the Anti-riots Force, clad in bulletproof jackets, entered the Punjab Assembly via its old gate after the deputy speaker summoned them through a letter written to chief secretary and IG Punjab.

With all that was going on, Elahi was not spared as well and became a target of the violence in the assembly that left him injured. “They have rewarded me well in return for my goodness,” said Elahi – who got his hand bandaged after he was injured during the ruckus. “Has this ever happened to any speaker before,” asked the PML-Q leader, adding that everything was pre-planned. They crossed all lines today trying to manhandle me in an attempt to “finish me”, he said.

Elahi said that the courts are not for the poor and he will ask for justice from God.

Recalling the time when the Supreme Court took notice at midnight, Elahi said that sou motu notice is taken when influential people are involved.

Talking about the fight in the assembly, Speaker Elahi alleged that Hamza Shehbaz was giving orders to “hit” the members. “I took care of him when his family was in exile,” recalled Elahi. “Rana Mashood tortured me after which I fell unconscious and he was guiding them,” claimed the PTI’s candidate for chief minister, adding that his arm was broken.

Following his father’s injury, Pervez Elahi’s sons Moonis Elahi and Rasikh reached the Punjab Assembly. Replying to a question about whether Moonis was there to fight, he replied that he has come to question those involved in the incident that what was the need to “torture” an old man.

Deputy Speaker Mazari, in a statement, said the election would take place at any cost and that he would return to the assembly’s building later. “I will fulfil my constitutional and legal duty […] the attack against me was orchestrated, it was not abrupt,” the deputy speaker said.

He also lashed out at Elahi and said: “This is not Gujrat where you can do whatever you want. This is the Punjab Assembly and here, we follow the Constitution and law.”