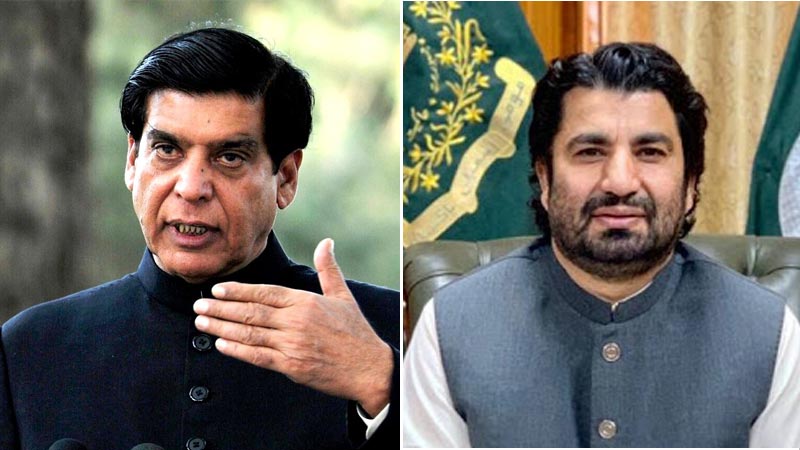 PPP’s Raja Pervez Ashraf was elected unopposed as the speaker of the National Assembly Saturday, with PTI leader Qasim Suri resigning from the office of the deputy speaker, hours before a no-confidence motion was scheduled to be tabled against him.

In his opening note soon after taking the oath, newly elected NA Speaker Raja Pervez Ashraf thanked Bilawal and former president Asif Ali Zardari for nominating him for the slot. He also thanked PM Shehbaz Sharif and the allied parties for reposing their confidence in him.

He maintained that earning more respect and honour for the House will be his top priority. The speaker vowed that he will act in an impartial manner and added that the voice of the opposition will not be suppressed but respected. He maintained that they should not divide the nation. The NA speaker said that all the institutions should co-operate with each other while keeping themselves within their constitutional ambit.

Raja Pervez Ashraf said that he will look into the matters of the former NA deputy speaker’s ruling and the resignations of the PTI members as per the rules. He directed to present the resignation of PTI’s lawmakers before him.

Deputy Speaker of the National Assembly Qasim Suri resigned from his office on Saturday, hours before an NA session scheduled, saying he could no longer remain “indifferent” to the “foreign interference” that ousted ex-prime minister Imran Khan.

The deputy speaker submitted his resignation to the speaker of the National Assembly’s office stating that the DG ISPR’s press briefing on April 14 had proved to him that there has been “a blatant foreign interference/involvement in the internal affairs of Pakistan.”

Suri furthered that his actions symbolise his party’s vision and “commitment to democracy, never to compromise on the sovereignty and integrity of Pakistan and safeguarding the interest and independence of our country.” As the acting speaker, Suri claimed that he had been privy to the classified letter and its contents were indicative of foreign intervention. However, the response of state institutions to the letter was “shocking and completely unacceptable for any sovereign nation with self-respect, dignity, and pride.”

The former deputy speaker, said that Imran Khan had been targeted due to his stance on Islamophobia and independent foreign policy due to which he “blatantly refused to provide military bases” for action against Afghanistan.

Suri regretted that there had been a “failure to stand up to the foreign intervention and aggression” and he found it “unconscionable to continue” in his duties. “Our great country and its people deserve better,” he wrote, adding that no “reasonable” government, institution or patriot should knowingly and deliberately inflict the dire consequences of such a destructive move”, thereby risking the prospect of damaging the country’s independence, interests, and sovereignty.

The deputy speaker urged the Supreme Court to take notice of the matter and form a judicial commission to unearth the conspiracy, saying he believed it to be a great failure of politics in leaving millions of people destitute. “Our politics need urgent and radical reform,” he wrote, “local Mir Jafars have sold their souls and conscience for monetary gains and worldly benefits.” Qasim Suri’s resignation stated, “against this backdrop, I am constrained to, hereby, tender my resignation with the sanguine hope that it may be accepted. And that the Honourable Supreme Court will unearth this conspiracy as it is now a fight for Pakistan’s sovereignty and real democracy against the US instigated regime change.”