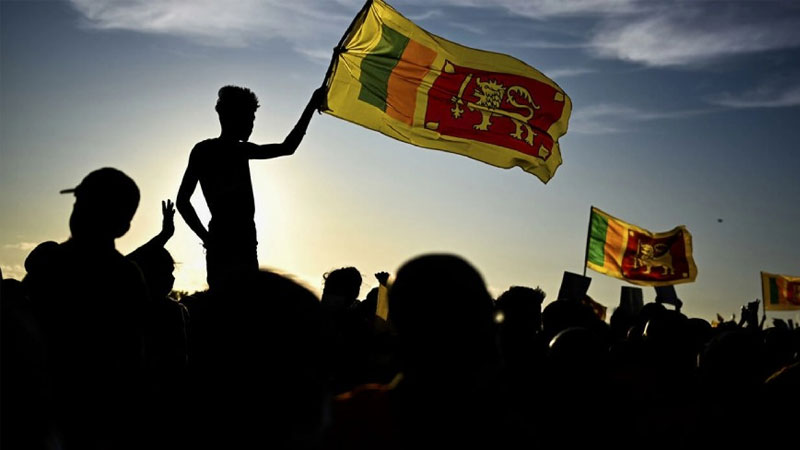 COLOMBO: Sri Lanka’s World Cup-winning cricket captain Arjuna Ranatunga and fellow ex-skipper Sanath Jayasuriya have joined street protests demanding the president step down over the country’s economic crisis. Cricket is avidly followed in the Indian Ocean island nation and the pair called on other former players to support attempts to oust President Gotabaya Rajapaksa. The island nation is in the grip of its worst economic crisis since independence in 1948, with severe shortages of essential goods and regular blackouts causing widespread misery. “Cricket is driven by spectators,” Ranatunga said outside Rajapaksa’s office in Colombo on Friday, surrounded by demonstrators who have been protesting daily for the president’s removal since last week.

“Our fans are on the streets today because they no longer can bear the hardships. We must be with our fans when they need us most. Sports stars must physically join the protests.” Hours later, his fellow former captain Sanath Jayasuriya, known as “Master Blaster”, climbed the barricades in front of Rajapaksa’s colonial-era office and pledged solidarity. “Your message is loud and clear,” he told the tens of thousands of protesters. “I hope the authorities will listen and ensure a brighter future for all of us.”

Crowds have been chanting “Gota go home, go home Gota.” The pair are the first former captains to join the street protests in person, but other stars have previously voiced their support. Former captain Mahela Jayawardena has strongly backed the demonstrations on social media and urged Rajapaksa to go while ex-captain Kumar Sangakkara has issued more guarded statements.

Former Test player and International Cricket Council match referee, Roshan Mahanama, who has supported the anti-Rajapaksa campaign from its inception, compared the country’s plight to Robert Mugabe’s Zimbabwe. “When I used to go to Zimbabwe many years ago, I saw the economic hardships people suffered there,” Mahanama said. “My driver had to stand in a queue for hours to get diesel. I thought this will never happen in my country. But today we are in the same boat.”