Between the wars — the revolutionary art of Beirut’s golden 1960s 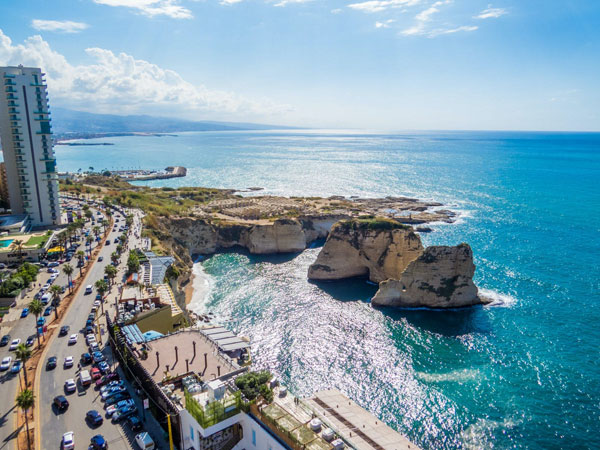 Between the 1958 Lebanon Crisis and the country’s 15-year civil war that started in 1975, Beirut experienced a period of relative tranquility in the 1960s.

In years that have come to be seen as a moment of excitement and hedonism, the Levantine metropolis was at the peak of its creative output.

The exhibition “Beirut and the Golden Sixties: A Manifesto of Fragility,” showing at Berlin’s Gropius Bau museum, brings together hundreds of archival materials and artworks from dozens of artists to reflect on the heyday of the city’s cultural scene.

In a time where coups, revolutions and wars roiled across the Middle East and North Africa, Lebanon was a safe haven for uprooted political dissidents, intellectuals, artists and foreign capital.

Lebanon’s banking secrecy law, under which banks did not declare the names of deposit holders, earned it a reputation as the “Switzerland of the Middle East.” Money flowed into the culture sector, supporting a thriving scene of art, cinema and theatre. But there was more to Beirut than casinos, night clubs, neon lights and the glitz of high society, which were always exclusive and exclusionary.

The painters Paul Guiragossian and Rafic Charaf cast their eyes instead on the marginalized inhabitants of Beirut’s slums and Armenian refugee camps and the impoverishment of the nearby Beqaa Valley.

Neither was Lebanon as stable as it seemed. The US invasion of 1958 to prop up its government revealed how fragile it was, and Israel’s decisive victory in the Six Day War of 1967 pushed a new generation of Palestinian refugees into Lebanon, and with them the Palestinian Liberation Organisation, which would use it as a base of operations.

After all, if these were the golden years, how does one explain what followed them? How did sectarian tensions grow so violent they could no longer be contained?

“There must have been something festering beneath the surface,” exhibition curator Sam Bardaouil, who was born in Lebanon, told DW.

FORMAL INVENTION — the artistic output of Beirut in the 1960s is remarkable for its formal diversity. Artists adopted and refashioned techniques and styles taken from local or international sources, often a consciously political act.

A vibrant ecosystem of patrons, galleries and institutions supported the city’s avant-garde, including the Sursock Museum, opened in 1961, which championed abstract painters like Huguette Caland and Aref El Rayess; and the Centre d’Art, which displayed notable international surrealists like Max Ernst and Andre Masson.

Artists also drew on rich histories of Sumerian, Mesopotamian or Phoenician art; Islamic calligraphy, architecture and poetry. Here they flowed together, or struck against, Western ideas of abstraction, kinetic art and surrealism.

Figures like the writer and multi-disciplinary artist Etel Adnan moved freely between form and medium, ranging from abstract tapestries to accordion-fold books, known as leporellos, which contained painted and written observations.

This freedom to mix, reshape or reinterpret, is what defined the cultural moment, said Bardaouil.

“Artists were conscious and very aware of so many sources that they very confidently and freely decided either to associate with, or to borrow from, or to work against,” explained the curator.. 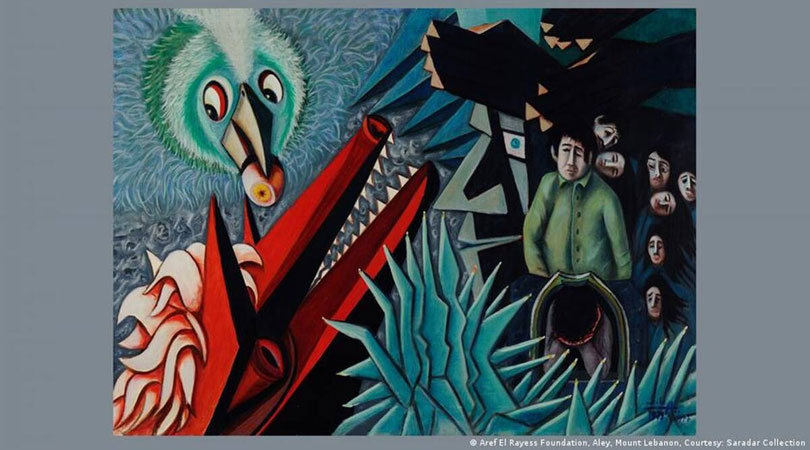 FEMINISM & SEXUALITY — the effects of the global sexual revolution of the 1960s and 1970s were clearly visible in Beirut.

Queer and non-gender conforming artists also found greater space to express themselves freely in communities that rejected the boundaries set by bourgeois society.

A new confidence in the portrayal of the female body can be seen in the work of Lebanese painter Huguette Caland. Her nude self-portraits are fragmented and abstracted until body parts are barely recognizable – and the artist is seen finally on her own terms.

THE END OF AN ERA — the onset of the Lebanese Civil War, which began in 1975 and would last until 1990, tore apart the fragile bonds that held together Beirut’s cultural scene.

Galleries, cinemas, artists studios and museums were cut off from each other, often physically, as neighbourhoods were segregated along ethnic and religious lines.

Some artists joined left-wing militias like the Lebanese National Movement, while others left to settle permanently in Europe, the US or the Persian Gulf. “The networks and communities that had existed across sectarian lines were suddenly completely ruptured,” said Bardaouil. Artists adopted smaller, more portable mediums, as well as starker black-and-white colour tones. For example, Jamil Molaeb’s series “Civil War Diary 1975-1976” documented the horrors as they piled up.

In his drawing titled “April 13” – the day of the 1975 Beirut bus massacre, which went down in history as the begin of the Lebanese Civil War – corpses hang limp from the windows of a bus, a portrayal of the deadly clashes between the Phalangist militia and Palestinians in the suburb of Ain el Remmaneh.

Though the civil war is long over, Lebanon remains deeply divided and has faced a series of political and economic crises in recent years, all compounded by the explosion of a huge quantity of ammonium nitrate at Beirut’s port in August 2020 that destroyed a significant part of the city.

Some of the art shown in the exhibition was itself damaged in the explosion. An immersive multimedia piece by the Lebanese duo Joana Hadjithomas and Khalil Joreige synchronizes footage from 14 CCTV cameras at the Sursock Museum, the city’s iconic centre of modern art, at the moment of the blast.In a moment windows shatter, artworks are blown off the walls, an eerie dust blows through the wreckage and the art of Beirut’s golden age is marked by yet another tragedy. The exhibition “Beirut and the Golden Sixties: A Manifesto of Fragility” is on show at Berlin’s Gropius-Bau museum until June 12, 2022.