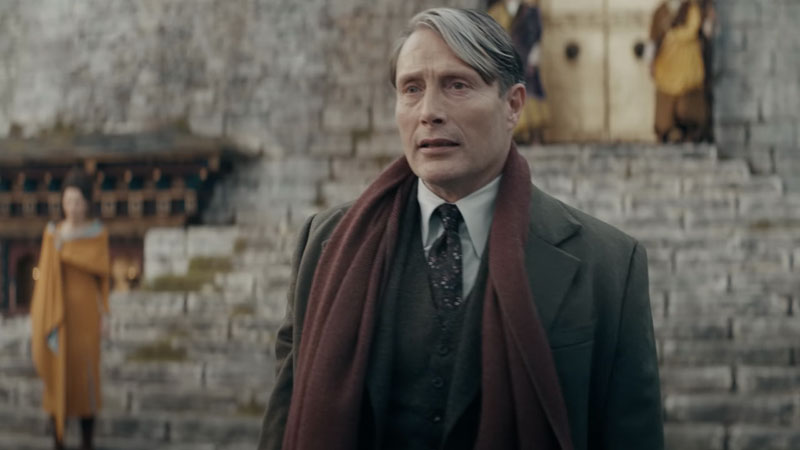 Danish actor Mads Mikkelsen took over the role of the villainous Gellert Grindelwald from Johnny Depp in the third instalment of Fantastic Beasts franchise, The Secrets of Dumbledore. In a new interview, he said that he was given two days to decide if he wanted the job.
While speaking to The Hollywood Reporter, Mikkelsen, who is no stranger to playing bad guys, said that he did not want to copy Depp but did want to build a bridge between the two performances so as to not confound the audience.

His version of the character is written quite distinctly from Depp’s version, and the differences go way beyond the corporeal. For instance, Mikkelsen’s Grindelwald does not have platinum blonde hair and his complexion isn’t as pale. The film does not address the transformation.

Mikkelsen explained that that decision “was very deliberate. Everybody knows why [the actors changed]. The entire world knows why. It would almost be like an Easter egg to reality to point out we swapped actors. Hopefully we drag them in with the first scene and from there they accept this world.”

The actor also clarified his earlier comment that he wished he would have talked to Depp before taking up the role. “I wasn’t like, ‘Oh please let me talk to him’. It would have been great to touch bases, ‘clean the room’ in a sense. Maybe I’ll see him in the future,” he said. Johnny Depp was removed from the Fantastic Beasts franchise by Warner Bros after he lost his libel case against the UK tabloid The Sun, which had referred to him as a “wife-beater” amid his divorce from Amber Heard. A London court found the domestic violence allegations against Depp to be “substantially true”. Later, his appeal against the verdict was rejected.

Fantastic Beasts is a part of the Wizarding World, the fictional universe that also includes the Harry Potter films, books and other media. It is a prequel to the Harry Potter series and mainly follows Eddie Redmayne’s Newt Scamander, Jude Law’s younger Dumbledore and their fight against Grindelwald. The movie also stars Dan Fogler, Ezra Miller, Callum Turner, Claudia Kim, William Nadylam and Kevin Guthrie.

While Mikkelsen is being praised for his performance in The Secrets of Dumbledore, the film itself has received mixed critical response. It has scored 49 per cent on review aggregation site Rotten Tomatoes. The critical consensus reads, “Fantastic Beasts: The Secrets of Dumbledore avoids some of the pitfalls that plagued its predecessor, but lacks much of the magic that drew audiences into the wizarding world many movies ago.”