Alia’s driver remembers taking her to first day of school, says he got really emotional 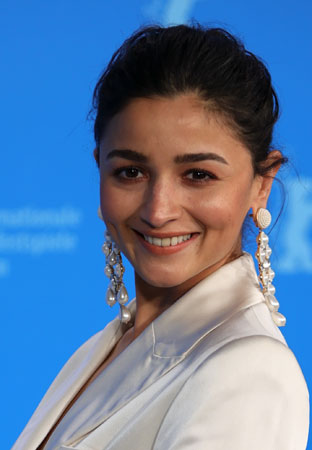 Actors Alia Bhatt and Ranbir Kapoor tied the knot in a dreamy wedding this week in Mumbai, after dating for over five years.

While photos from the mehendi and wedding functions have been shared online much to the delight of their fans, several people associated with the wedding have expressed their joy at the union. Alia Bhatt’s driver, Sunil Talekar, had posted a heartfelt note on social media for the couple.

He also spoke to Aaj Tak about the wedding and his bond with Alia. “I first started working for them when Alia was 5-years-old. Be it taking her to school or the first day of shoot, Alia has been my responsibility. She is like my daughter. I got really emotional after seeing her dressed as a bride. I could not say anything, just told her ‘You are looking very beautiful’. Alia smiled and said, ‘Thank you, Sunil’.”

Sunil reminisced about the fond memories that he has with Alia, and how he used to take her to school. “I have been working with Alia since 1998. When I met her for the first time, she must have been 5 years old. It was my responsibility to take Alia to school. I remember I was with her during her first day of shoot. I have seen Alia grow up as a child, and now she is married. They consider me a part of their family. I loved going to the wedding.

It was emotional seeing Alia in the bride’s getup. It felt as if my own daughter was getting married.”

Ranbir Kapoor and Alia Bhatt fell in love while shooting for their film Brahmastra in 2017, and tied the knot earlier this week. Alia had taken to Instagram and shared the first official wedding photos, following which the newlyweds made their first public appearance. Kareena Kapoor, Karisma Kapoor, Soni Razdan, Ayan Mukerji, Karan Johar and Riddhima Kapoor Sahni have been sharing new photos from the mehendi and wedding functions.