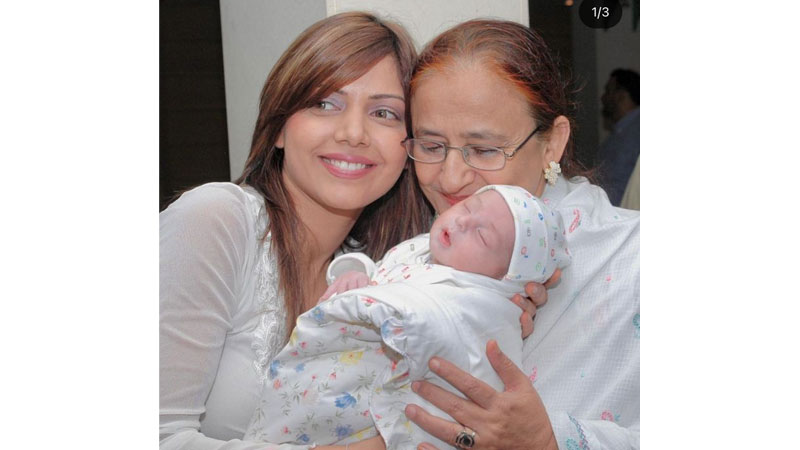 Singer-actor Hadiqa Kiani penned a heartfelt tribute for humanitarian Bilquis Edhi, after the latter’s death on Friday. Hours after the demise of social worker Bilquis Edhi – wife of philanthropist late Abdul Sattar Edhi, Hadiqa turned to her official Instagram handle to share her grief and dedicate a heartwarming tribute to her.

Artist shared a bunch of pictures back from the day when she adopted her son Naaday Ali from Edhi Foundation after the 2005 earthquake. “Mrs. Bilquis Edhi was a woman unlike any other,” read the caption with three picture gallery which sees the two ladies along with the infant.

“She trusted me with being a mother and I, like so many others touched by Mrs. Edhi’s grace, will forever be grateful.”

Concluding the note, the celeb prayed for the ‘peace’ of the departed soul and wished that her ‘legacy carries on’.

A number of social users including celebs shared their condolences in the comments section. Popular social personality and former model, Frieha Altaf dropped a comment on the photo and video sharing application as she recalled the time when Hadiqa took the bold step and introduced her son Naaday Ali to her clique.

“She gave you & many others the best gift in the world. she gave hope & life to many families. May she rest in peace & inspire many,” wrote Frieha. It is pertinent to mention that Hadiqa Kiani adopted her son Naaday Ali in 2005 while working for affected families by the destructive earthquake in Northern Pakistan. The child had lost his parents and the whole family in the disaster.