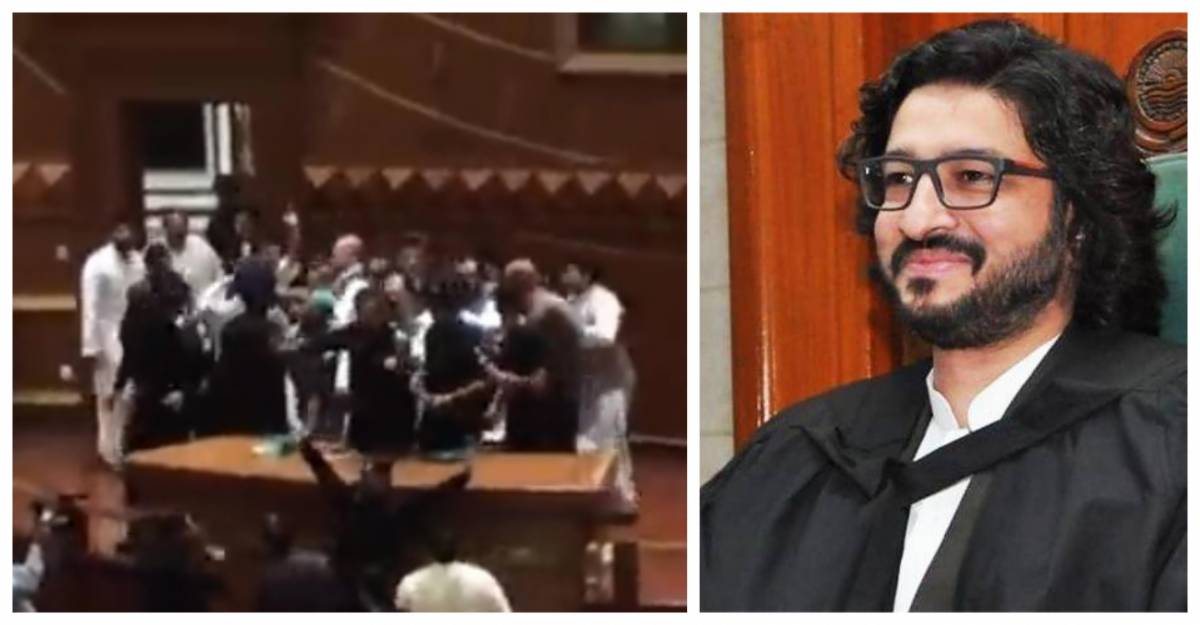 LAHORE: Punjab Assembly Deputy Speaker Dost Mohammad Mazari on Saturday came under violent attacks reportedly by PTI and PML-Q lawmakers, also got attacked with ‘lotas’ by members of treasury as the House is set to elect the chief minister Punjab with Hamza Shehbaz and Chaudhry Parvez Elahi in the run, sources reported.

Amid all this, the deputy speaker was taken out of the provincial assembly building by police and security of the assembly.

However, Punjab Assembly Speaker Parvez Elahi lamented entry of police inside the House and blamed IG Punjab for it. “This has not happened in the national history.”

He demanded that the IG should be summoned and be sent behind bars for one month.

Punjab Assembly session to elect new chief minister of the province will be held today as PML-Q leader Chaudhry Parvez Elahi and PML-N’s Hamza Shehbaz are vying for the slot.