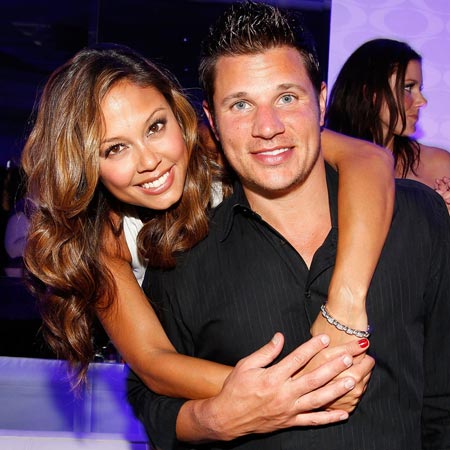 Nick and Vanessa Lachey’s therapist gave them their own ultimatum. Addressing The Ultimatum’s April Marie going through boyfriend Jake Cunningham’s phone, during the April 13 reunion episode, Vanessa, 41, revealed she had “mixed feelings” about the situation because “there was a time in my life when I did it.”

Though a surprised Nick, wed to Vanessa since 2011, responded, “You wait, what?” the NCIS: Hawaii actress said, “You did it too! I’m actually surprised you figured out my password that was a good one.”

This isn’t the first revelation the parents of three shared while hosting Netflix’s new dating obsession.

During the show’s April 6 premiere, Vanessa and the former 98 Degrees singer, 48, revealed to the contestants that they grew closer after they took a brief break to see other people.

“If I’m being completely candid and transparent, we took a break,” the Once Upon a Main Street actress said. “We both saw one other person and we realized that if we got out of our own way, we could be amazing together.”

As long as they can both put those phones down.