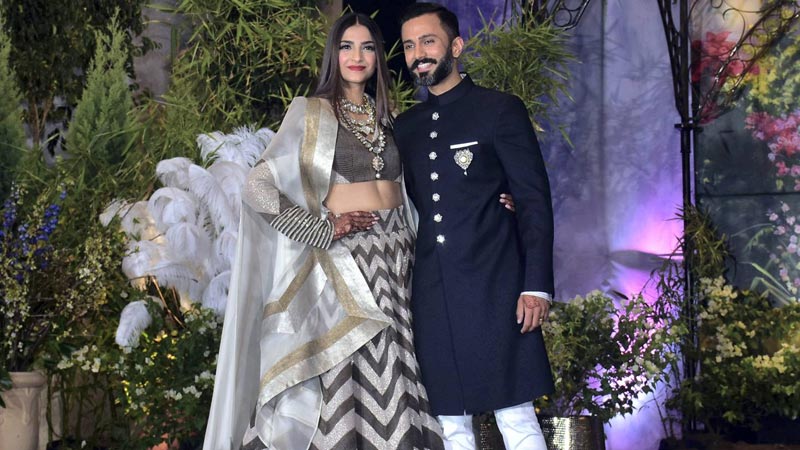 Since then, she has made a public appearance and has also shared another set of photos from her maternity shoot. The Bollywood star is trying to keep healthy during her pregnancy but is definitely facing difficulties. Still, she says being able to “create another life” is a “blessing.”

Recently, Sonam revealed in an interview with Vogue that she and her husband Anand Ahuja had decided that they would enjoy the first two years of their marriage before trying to conceive. She said, “It was the perfect timing for us. We will be married for four years this May, so we wanted two years just to enjoy ourselves and then we started trying and then it worked out. It’s a huge blessing.”

Sonam and Anand got married on May 8, 2018. The wedding celebrations went on for three days and witnessed the coming together of the who’s who of the Hindi film industry. However, Sonam’s pregnancy hasn’t been completely smooth. She feels people always only talk about how bracing motherhood is ‘beautiful and amazing’ but nobody ever “tells you how difficult it is going to be.”

Talking about her pregnancy, Sonam said, “I have realised to carry or to create another life, you need to respect your own and take care of your own. The first three months were very tough, nobody tells you how difficult it is going to be, but it’s difficult. Your body changes every week, every day and there are new experiences.” She revealed that there have been days when she could not sleep and then there have been days when she slept for 10-12 hours and nobody could wake her up.

After experiencing pregnancy herself, the actor said that women should be given credit for creating life. She concluded, “Everybody talks about how beautiful the journey is and how lucky you are, but nobody says how difficult it can be. Every woman should be given credit for it.” Sonam and Anand, in a joint Instagram post, had announced their pregnancy. They had captioned it, “Four hands. To raise you the very best we can. Two hearts. That will beat in unison with yours, every step of the way. One family. Who will shower you with love and support. We can’t wait to welcome you.? #everydayphenomenal #comingthisfall2022.”