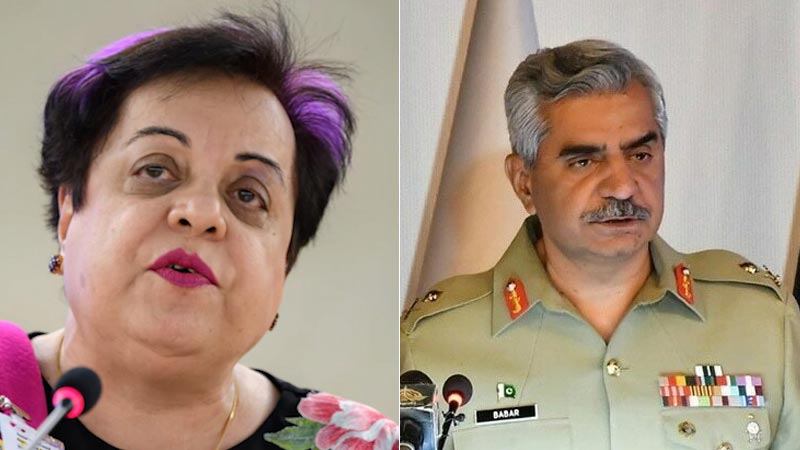 Former cabinet minister Shireen Mazari on Friday categorically said that prime minister (now deposed) Imran Khan had never called the military for help to break the ‘political deadlock’ ensuing from the National Assembly deputy speaker’s ruling against the no-confidence resolution moved by the joint opposition. “Let me be clear. I am stating on record PM [Imran Khan] did not call military for help on “breaking political deadlock”. The military sought the meeting through then defence minister [Pervaiz] Khattak and they put forward the three proposals of either the PM resigning or taking part in VNC [vote of no confidence] or fresh elections,” Mazari said in a series of tweets.

“Why would Imran Khan give option of resigning when he had already stated categorically & repeatedly he would never resign! Makes no sense! Also Imran Khan had categorically rejected VNC as foreign regime change conspiracy. So why would he suggest these options. Absurd!”

Mazari’s statements contradict military spokesman Maj Gen Babar Iftikhar’s stance on the issue, which he put forth during a press briefing on Thursday.

When asked whether the military had approached the former premier and given him three options as had been revealed in an interview by Imran Khan, Gen Iftikhar denied this, adding that it was in fact the prime minister’s office (PMO) that had approached the army chief to find a solution to the political deadlock. “It is unfortunate that our political leadership was not ready to talk to each other. So the army chief and the DG ISI went to the PMO and three scenarios were discussed,” Gen Iftikhar said.

These three scenarios were that the no-confidence motion should be held as it was, or that the prime minister resigned or that the no-confidence motion was retracted and then assemblies dissolved, Gen Iftikhar added. “This third option was acceptable to the prime minister, and he asked us to talk to the [then] opposition on his behalf. So the army chief then went to the opposition, which at the time was PDM, and presented this request in front of them. And after discussion, the opposition said they did not want to take such a step and instead wanted to go ahead with what they had planned,” Gen Iftikhar said. “No option from the establishment was given,” he clarified.

Meanwhile, United States Department of State Spokesperson Ned Price on Friday said that the US government agrees with the statement of the Pakistan Army regarding the word ‘conspiracy’ not being mentioned in the ‘diplomatic cable’.

A day earlier, Director-General Inter-Services Public Relations (ISPR) Major General Babar Iftikhar had explained in a news conference that a demarche was issued to the United States because the language used in the “diplomatic cable” was undiplomatic and that amounts to “interference” in the country’s internal matters.

“We would agree with it,” Price told a regular press briefing at the White House, when asked to comment on the statement made by ISPR Spokesman Major General Babar Iftikhar. The spokesman said that the United States agrees with the Pakistani military spokesperson, who denied Imran Khan’s claims that Washington had conspired with his political opponents to force him from office, but did point out that the US had used language that amounted to interference in Pakistan’s internal affairs.

Replying to a question, Price said for almost 75 years, the relationship between the United States and Pakistan has been “a vital”. “We look forward to continuing that work with Pakistan’s government to promote peace and prosperity in Pakistan and the broader region”, he said.

The United States looks forward to working with the new Pakistani Prime Minister Shehbaz Sharif and his government to promote peace and prosperity in Pakistan and the broader region, Price said. He repeated his government’ denial of former Prime Minister Imran Khan’s allegations that US played a role in ousting him. “There is no truth whatsoever to the allegations that have been put forward,” Price said. “We support the peaceful upholding of constitutional and democratic principles, including respect for human rights”, he said, adding, “We do not support, whether it’s in Pakistan or anywhere else around the world, one political party over another. We support broader principles, including the rule of law and equal justice under the law.”