‘Mother of Pakistan’ Bilquis Edhi is no more 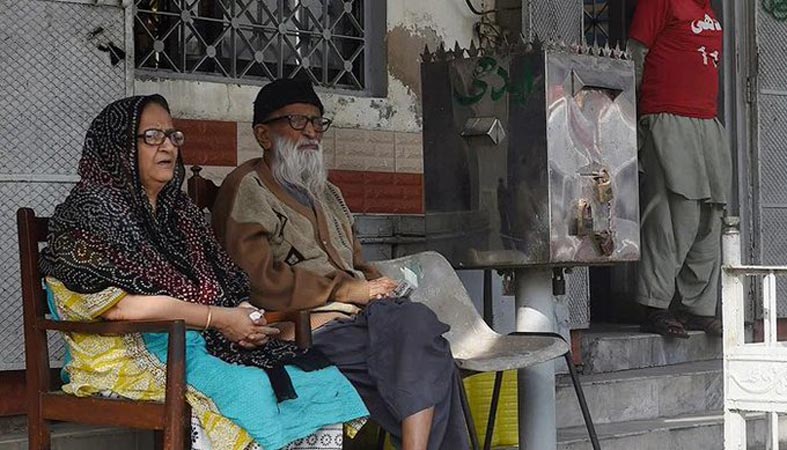 Condolences continue to pour in as the country’s iconic philanthropist and humanitarian Bilquis Bano Edhi, wife of the late Abdul Sattar Edhi, breathed her last in Karachi on Friday. She was 74.

Having served humanity selflessly for more than six decades, almost all of it alongside her husband, she was dedicated to her work right till the end; when she had to be rushed to a hospital because her blood pressure dropped suddenly. Bilquis was a professional nurse and along with assisting her husband in his charity work, which was acknowledged all over the world, she set up the Bilquis Edhi Foundation which, among other things, saved countless unwanted babies across the country.

Her work also drew widespread administration and she was showered by awards including the Hilal-i-Imtiaz, Lenin Peace Prize, Mother Teresa International Award for Social Justice, etc. Last year, she was also declared the ‘Person of the Decade’, along with UN rapporteur on human rights Prof Yanghee Lee and the US ethicist Stephen Soldz by an international organisation.

Her love and devotion to the downtrodden and lesser fortunate in a very poor country with one of the highest population growth rates in the world earned her the fitting title of Mother of Pakistan; which she wore with a lot of pride and humility.

She spent more than six decades of her life serving humanity in need. Her charity has saved over 42,000 unwanted babies so far by placing “jhoolas” [cradles] at the Edhi Homes and centres across the country. She leaves behind four children, Faisal, Kubra, Zeenat and Almas from her marriage with Abdul Sattar Edhi. Prime Minister Shahbaz Sharif was the first to offer condolences on behalf of the government.

“The passing of Bilquis Edhi is a huge loss for the nation. An incredible woman in her own right, she stood by Edhi sahab like a rock and together they set an example of human compassion and ran one of the largest philanthropic organisations of the world. May her soul rest in peace!” he tweeted.

“Sad to learn about the passing of Bilquis Edhi sahiba. She had always been shoulder to shoulder with Abdul Sattar Edhi in his philanthropic efforts and continued his work even after his death. May Allah bless the departed soul,” said President Arif Alvi.

PPP leader Aseefa Bhutto-Zardari termed it a “monumental loss to Pakistan”. “She tirelessly served the people and leaves behind a legacy of compassion, kindness, and care,” she said.

Numerous other personalities from the worlds of politics, sports and media were also united in lamenting the passing of perhaps Pakistan’s last true philanthropist and humanitarian.